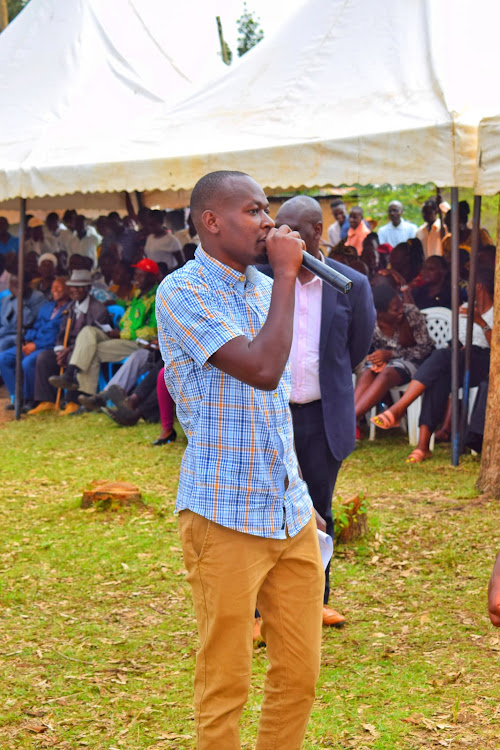 Freith Manyasi, who is eyeing the Maraka ward seat in Webuye East constituency on an independent ticket, said Wajackoyah is the remedy that Kenya needs to heal from the Jubilee government's poor leadership.

Manyasi is among 10 others jostling for the seat currently held by ODM chairman in Bungoma Ali Machani Mutoka who is serving his second term.

In an interview with the Star on Wednesday, Manyasi said had he known earlier about the Roots Party and its manifesto, he would have joined and vied on its ticket.

Manyasi added that he was rigged out of Ford Kenya's nominations before opting to run as an independent candidate.

The youthful politician urged the Mulembe nation voters, especially the youths, to vote for Wajackoyah and support his sound proposals, which he said will revive the region's ailing economy.

The Roots Party presidential candidate has promised to legalise bhang should he win the presidency, citing medicinal and economic benefits.

He has also pledged to turn acres of farmland into bhang plantations and use the proceeds to pay off Kenya's debt to foreign countries like China.

The use of bhang has been outlawed in Kenya since independence.

Manyasi pledged to support and rally Luhyas to back Wajackoyah's bid to succeed President Uhuru Kenyatta in the August election, saying many people consume bhang secretly.

Wajackoyah, who has a woman running mate —Justina Wangui, has also promised to promote snake farming.

Meanwhile, his projections on the amount of money to be earned from commercial marijuana exports for both recreational and medicinal use have made many accept his ideas.

Wajackoyah further said Kenya’s Sh10 trillion national debt will be paid out in a year from marijuana cultivation.

The thing about this election is that it will rely a lot on turnout, especially by the youth.
Opinion
1 week ago

KWS issues licenses for those interested in snake farming.
News
1 week ago