Lawyer Asitina says aspirants with court cases should not run for office. 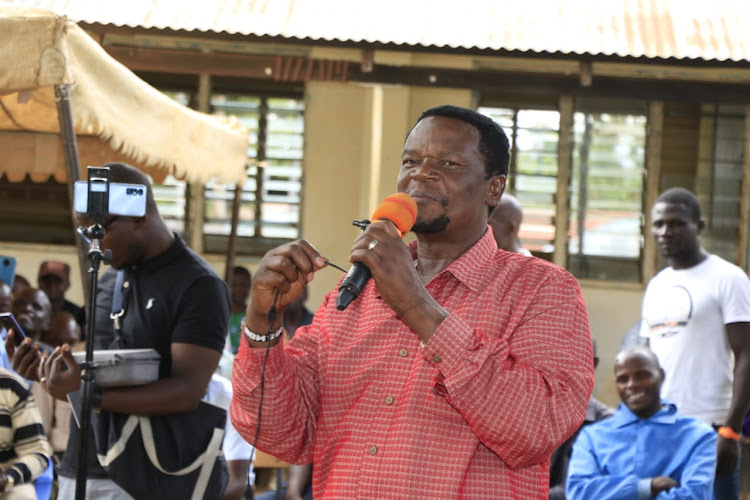 This comes days after a petition was filed in court seeking to have political aspirants facing cases in court blocked from vying in the upcoming polls.

The petitioner, Edward Asitina, said it is a danger to the constitution to have candidates who have previously been removed from office through impeachment to run for office.

The lawyer also cited leaders with questionable integrity and some with active and ongoing cases in court for economic crimes.

In an exclusive interview with the Star at his home on Sunday, Nandalwe said he is ready to take up Sirisia as an MP.

“Sirisia has been subjected to political conmanship for many years. This is the time to change Sirisia politics,” Nandalwe said.

He said if given the chance to be an MP, he will bring sanity in the Constituency Development Fund and support all bright but needy students access to education.

“Waluke announced to run for a top seat in 2022. I don't know why he has come back to compete with young boys like me. Let him give me time to serve my people,” Nandalwe said.

On his part, Kasembeli said Sirisia needs a sober, focused and visionary leader who will take the region to the next level.

He added that MP Waluke had earlier on said he will vie for the gubernatorial seat in 2022 but Kasembeli’s interest gave him (Waluke) a panic to shelve his ambition to run for the same seat.

“When I was still in Nairobi on duty at the Treasury, MP Waluke moved around the constituency telling residents that he would support my bid but he changed his mind at last,” Kasembeli said.

Waluke had earlier said he would vie for the gubernatorial position but shelved his bid to back Governor Wycliffe Wangamati.

“I won’t shelve my ambition. I was given the party ticket and ready to face off with Waluke in the August polls,” Kasembeli said.

Kasembeli said he was approached by elders from Sirisia who asked him to come and vie for the seat because they saw the capability in him.

He said the constituency has lagged behind in development, especially in the education sector, adding that in the last KCSE examination only one student scored a B plus.

“This is the time the issue of the bursary will be sorted once and for all. I will ensure all needy students get support to access education,” he said.

On youth empowerment, Kasembeli said he will help the groups get incubator machines so that they can create employment opportunities.

“Since we have a chicken slaughterhouse at Chwele market in Bungoma county, immediately I take over as MP, I will purchase incubator machines to youth groups where they can rear chicken,” he said.

Kasembeli further said he will build social halls in all the three wards in Sirisia constituency so that it can offer free internet for residents to apply for online jobs.

The Ford Kenya aspirant also said he will help the less fortunate and the elderly in Sirisia get insurance covers.

DAP-K aspirant Malaba Keya has also shelved his bid to support Kasembeli in his parliamentary bid.

Bungoma ODM aspirants get certificates in readiness for polls

Promises to restore transparency in the vetting and awarding of bursary to needy students
Counties
5 months ago
Post a comment
WATCH: The latest videos from the Star
by TONY WAFULA
Elections 2022
23 May 2022 - 22:00
Read The E-Paper