Give me the job Kalonzo rejected, Ngilu tells Raila

• Ngilu said if she secures the position, she will abandon plans to defend her seat in favour of former senator David Musila of the Jubilee party.

• “In the likely event that one of us gets a national seat, obviously the person has to support the other one," Musila said. 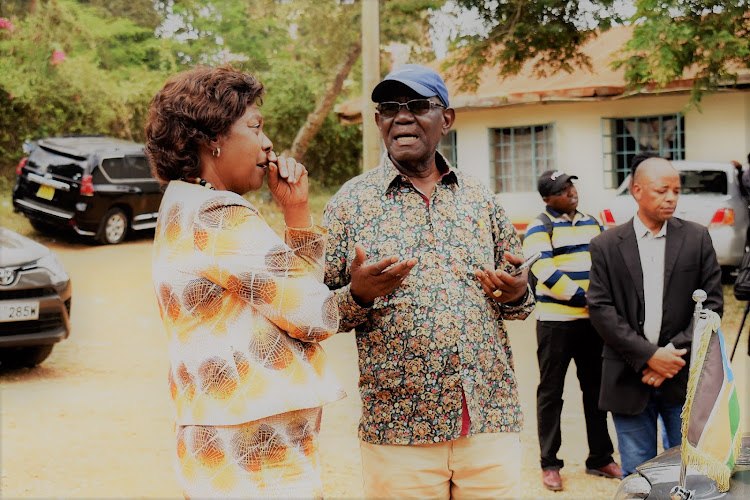 She said if she secures the position, she will abandon plans to defend her seat in favour of former Senator David Musila of the Jubilee Party.

Both Ngilu of Narc and Musila are competing for the Kitui governorship in the coming election under the Azimio coalition.

The duo spoke to the media in Kitui town on Wednesday after attending a meeting with the Kitui IEBC election manager Samuel Macharia.

“If I am to be given something else, I will consult with my only competition in Azimio. I have the option to throw my weight on the only other Azimio candidate. The others belong elsewhere. I cannot support someone who is not in Azimio,” Ngilu said. 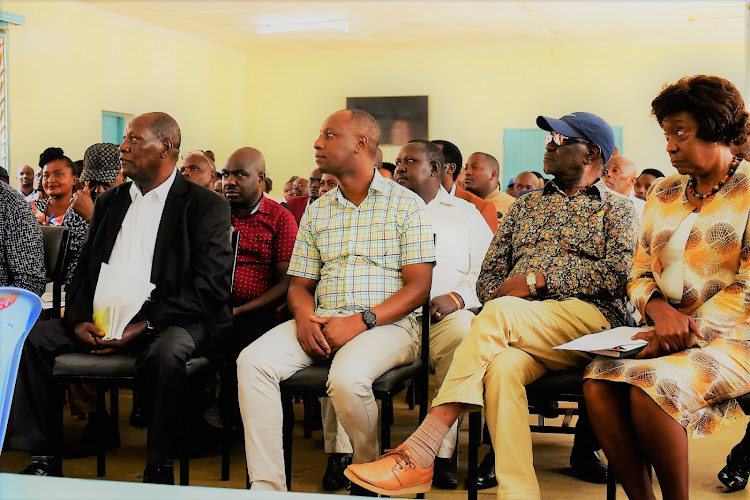 The county boss however said the ultimate political decision she will make will be as a result of widespread consultations.

She said whichever national office position she will get, it will be for and on behalf of the people of Ukambani.

“Since Kalonzo has rejected the position he was offered we met as Kamba leaders in Machakos and declared that we are keen on the seat. We agreed to have a sitting with Raila to see whether we can get the seat,” Ngilu said.

The governor said she is at a loss why Kalonzo sought the intervention of President Uhuru Kenyatta, oblivious of the fact that he is exiting office and the new sheriff in town will be Raila.

“Uhuru is not the one making appointments in government. That is now the responsibility of a different person, whom we are going to elect in the coming election. We need to become cozy with the new kid on the block and not Uhuru,” she said.

Musila welcomed Ngilu’s sentiments saying it is a milestone announcement that has not been made before.

“In the likely event that one of us gets a national seat, obviously the person has to support the other one," he said.

Musila said all pointers were that Azimio will end up getting one candidate.

You can't win this election without Raila, Ngilu tells Kalonzo

UDA official slams Kalonzo over decision to run for presidency

Maina said Kalonzo had failed to stick to his word in the recent past.
News
1 month ago

How Raila's Cabinet will look like if elected president

Kalonzo was given the position of Chief Cabinet Secretary in Raila's government.
News
1 month ago
“WATCH: The latest videos from the Star”
by MUSEMBI NZENGU News Correspondent
Elections 2022
19 May 2022 - 04:06