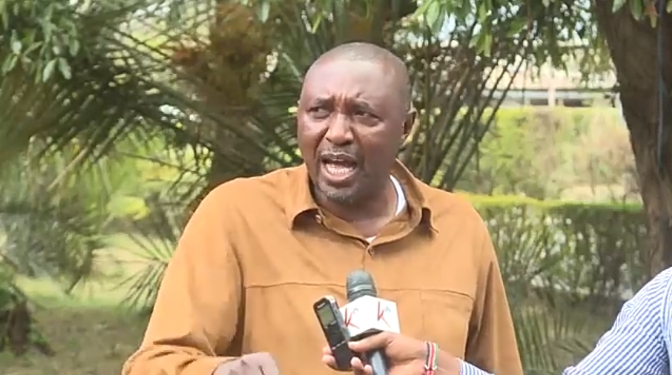 There are many rooms in Baba's mansion, he seemed to say.

If confirmed, this would be a departure from the DP's position that the mushrooming parties were sponsored to balkanise the country along tribal lines.

“So many parties have lined up to join us, especially after we instal our party presidential flagbearer," he said.

"People will be shocked at how many parties want to join us.We could have welcomed them, only that we have been busy with other preparations.

"But once we are done, things will change,” Kimani said. "The Deputy President is going to accommodate so many people and we urge all those who want to join us to do it as soon as possible before the bus gets full.

"But there is space for everyone in our coalition," the Ruto ally said.

Kimani said those with the UDA ticket in Central Kenya are assured of an upper hand in the polls since Rift people have said they will stand with Ruto to the end.

“We want to conduct free and fair nominations and when we do that, the UDA will be the party to beat in the Mt Kenya region. The DP has said he will accommodate even those who lose the nomination in his government if he wins," Kimani said.

The Bahati Legislator also castigated president Uhuru Kenyatta for what he called betrayal of his deputy after he endorsed former Prime Minister Raila Odinga as his choice for president.

“The Deputy President has stood with the President since 2002 and in subsequent election years, but the people who took him to The Hague are the ones he is in bed with," Kimani said

"Now that he has decided to do that. we have also to make our own decision as a region,” Kimani said.

He said the UDA party and its leadership will make a strong case against the President on the things they know about his administration.

“As you have seen, all Kiambu leaders have decamped from Jubilee to the UDA party, Muranga the same, Kirinyaga and Embu have followed.

"The Kikuyu are honest people and they will stand with the Deputy President,” Kimani said.

“We are going to stand with the Deputy President, not because he is a Kalenjin but because we have made a pledge that we are willing to abide by.

How Uhuru pulled a small parties fast one on Ruto

Raila, Ruto parties must get nominations right or face exodus

Disgruntled primary losers have 10 days to decide to run as independents.
News
2 months ago

Meeting expected to craft agreeable formula on how small parties will work with UDA.
News
8 months ago
“WATCH: The latest videos from the Star”
by James Munyua
Elections 2022
16 March 2022 - 06:00