IT'S OUR HOME TOO

Elders of dominant communities have used system to exclude and marginalise others.

• Isiolo is one such county that boasts a diversity of residents as it is home to people from almost everywhere in Kenya.

• To avert violence, the local communities have taken up negotiated democracy to balance sharing of political posts among themselves 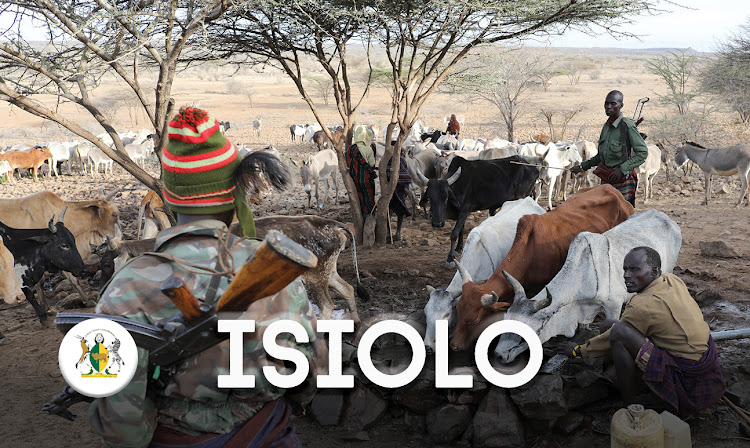 The much-hyped negotiated democracy in Northern Kenya, where councils of elders endorse election aspirants, may not bear fruit in some cosmopolitan counties.

Isiolo is one such county that boasts a diversity of residents as it is home to people from almost everywhere in Kenya.

Northeastern and Upper Eastern counties have been hotspots of inter-community and resource-based conflicts.

To avert violence, the local communities have taken up negotiated democracy to balance sharing of political posts among themselves.

Already clan elders in the region have conducted the exercise in the run-up to the August 9 general election.

The Sakuye clan endorsed Governor Mohamed Abdi Kuti for re-election while the Borana council of elders endorsed former Governor Godana Doyo to battle it out with Kuti.

Former EACC boss Halake Dida was endorsed by a section of the Karayu clan, which broke away from the Borana council of elders.

But Halake dismissed negotiated democracy and opted to engage solo, saying he believes voters are the decision-makers who can be relied on rather than going by selected elders to decide on behalf of the masses.

The council of elders system operates within the traditional cultural governance institutions where members of the clan negotiate for elective positions.

The situation is however different in Isiolo, where certain clan elders recruit candidates for all elective posts, leaving out other communities, a move that is sure to cause disappointment among the perceived minorities whose collective numbers could even surpass the Borana majority.

Isiolo County Interfaith Network secretary Bishop Stephen Kalunyu and a section of elders from other communities already faulted the recent endorsement by former Governor Doyo by the Borana council of elders.

Kalunyu termed the one-sided selection as biased and ultimately unfair and therefore unacceptable.

He called upon Borana council of elders chairman Hajj Abdulahi Gonjobe to reconsider the decision and include all the communities living in Isiolo.

Isiolo is a cosmopolitan county hence the need for inclusivity to cater for the interests of all the communities, but one tribe taking all the elective posts would marginalise other communities further, the bishop said.

If well-crafted the system can help avert inter-clan violence.  However, in Isiolo the elders have used the opportunity to systematically exclude and marginalise other communities from political leadership, forcing the other communities to realign to counter the decision.

Already various political camps are working on realignment and are scrambling for positions ahead of the general election.

The governor race has so far attracted three contestants against the incumbent Kuti.

Other factors that may influence voting is the development of track records and political influence to woo various communities living in Isiolo.

Halake will likely complicate the situation for the former governor who would have bagged the Karayu vote.

If Kuti manages to consolidate Turkana, Meru, Somali and a section of Borana votes, this will give him an edge over the others as the race intensifies.

The aspirants have had a series of secret meetings both in Isiolo and Nairobi to woo various communities ahead of the August 9 election.

Some of the meetings failed to reach an agreement, with key politicians positioning themselves for the positions of governors, senators and MPs in anticipated alliances.

Doyo says if elected he will streamline service delivery and ensure equitable distribution of resources in the county, while Kuti seeks to be given a chance to accomplish all development projects he initiated.

"My development track records will speak for me, and if re-elected I will initiate more projects to spur economic development," Kuti said.

He says expectations are high among the electorate despite the meagre resources from the exchequer but he has managed to deliver on a number of his campaign pledges.

The Senate race has attracted two aspirants against Senator Futuma Dullo. They are county speakers Hussein Golicha and Nur Ibrahim, an employee of the Nairobi county government.

Others who have shown interest to run for Woman Representative against the incumbent Rehema Jaldesa are CAS Education Mumina Gollo, nominated MCAs Mumina Kanchora and Sumeya Bishar and businesswoman Nasibo Sora.

The largest communities in Isiolo are the Borana, Meru, Somali, Turkana and Samburu. Others are Kikuyu, Sakuye, kamba, Luo and Embu.

Isiolo North has 54,606 registered voters while Isiolo South has 20,667, according to the latest data

The county borders Marsabit, Meru and Samburu counties and has an estimated population of 280,000.

The residents heavily depend on pastoralism and subsistence farming along the Ewaso Nyiro and seasonal rivers, limited to the Central division.

With four game reserves as major tourism earners, Isiolo is earmarked as a resort city under the Vision 2030 development blueprint.

Construction of an export standard slaughterhouse is still on and will be complete by the end of the year. Once complete, meat products will be exported to Arab and other countries overseas via Isiolo International Airport.

Other mega-projects under construction by the county government are a stadium, Isiolo modern market, county headquarters and the assembly chamber.

The Isiolo governor and many MCAs were elected as independent or on the Jubilee Party ticket. Azimio la Umoja of Raila Odinga has attracted several aspirants while UDA and other parties are yet to gain popularity at the grassroots.

Governor Kuti won in the last election because he had the backing from his Sakuye clan, Borana, Gabra, Somali, Samburu and Meru voters. Doyo is banking on Borana block votes and other communities to oust Kuti.

Isiolo has experienced peace since 2003 when Kuti first won the elections, leading to the expansion of the town.

Investors' confidence has been restored with the government's commitment to elevating Isiolo airstrip into a full airport to serve the entire Upper Eastern region.

Previously Isiolo town had only the Consolidated Bank but owing to years of uninterrupted peace nine other banks have set up.

The county covers an estimated area of 35,565km square, the second-largest in Eastern province.