Lamu has only two constituencies namely Lamu East and West.

• Lamu has a cosmopolitan population composed of indigenous communities with a majority being Swahilis, Arabs, Koreni, Boni, Ormas and migrant communities from the rest of the country. 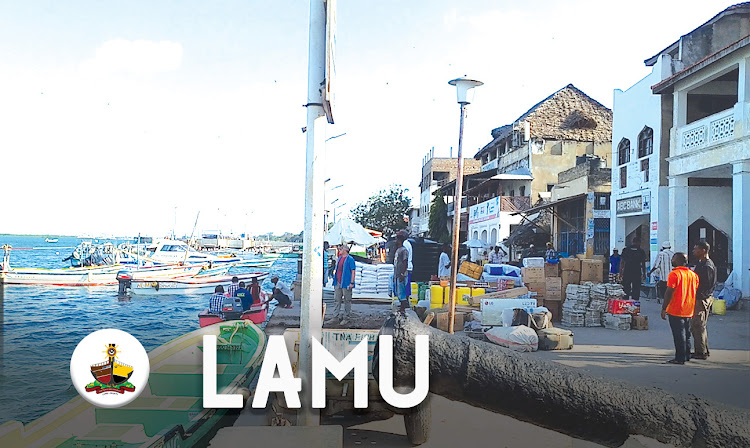 Lamu is the least populous county in Kenya with a population of 143,920 people, according to the 2019 census.

It is one of the six coastal counties and is located in the Northern Coast of Kenya, bordering Tana River County in the southwest, Garissa County to the north, Republic of Somalia to the northeast and the Indian Ocean to the South.

The county has a land surface area of 6,273.1 km that include the mainland and over 65 islands that form the Lamu archipelago.

A huge chunk of Lamu is a water mass that stands at 308km while just about 130km forms the length of the coastline.

Lamu has a cosmopolitan population composed of indigenous communities with a majority being Swahilis, Arabs, Koreni, Boni, Ormas and migrant communities from the rest of the country.

Of these communities however the Swahilis (Bajuni) are the predominant community but are closely being levelled up by the Gikuyu who are the second most populous community in the region.

Lamu has only two constituencies namely Lamu East and West and 10 electoral wards. 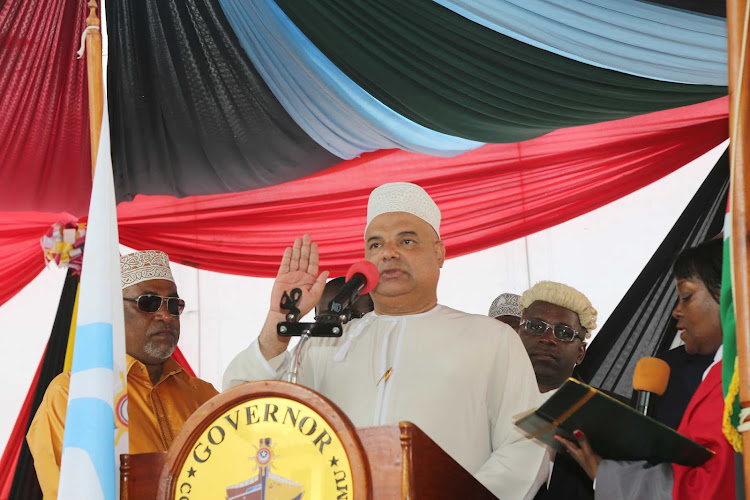 These two also consist of the two districts; Lamu East and west districts.

Lamu governor Fahim Twaha is seeking to defend his seat in the forthcoming general election on August 22.

Major factors that will influence the election outcome will be pegged on among other things, ethnic orientations, party influence, political coalitions (support for UDA and ODM is almost a tie) and personal track records of the candidates.

Lamu is marred with historical land injustices that have seen the squatter population shoot up to thousands with increased cases of land grabbing. 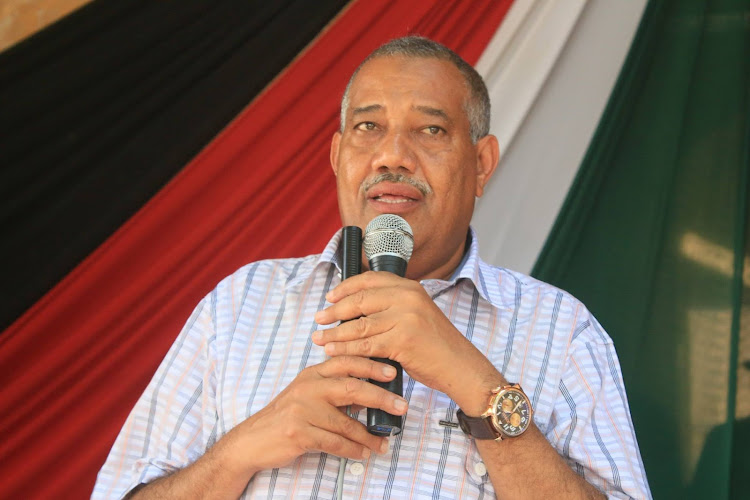 Over 60 percent of lands in Lamu are still listed as public, meaning many natives have no land rights over their own lands.

Locals are looking out for a candidate who will promise them prompt land ownership policies and provide a convincing workable agenda towards that.

However, fast forward and with just about seven months left to the 2022 general elections, only 6000 deeds have been issued for the last four years.

Residents are equally scouting for someone who will enable them get jobs at the port and be able to resolve the high unemployment rates in the county.

Omar is running on a UDA party ticket.

Fahim,Timamy and Umra are all natives of Lamu East while Mugo hails from Mpeketoni which is Kikuyu dominated.

The dominant political parties this time around are majorly ODM and UDA with ANC not enjoying as much popularity as the two.

The ANC party’s low popularity notwithstanding, Timamy enjoys massive support in the county.

He has also promised to end historical injustices in the region.

Deputy president William Ruto who is also the UDA party leader is seeking to reclaim some of the support his former party Jubilee enjoyed in the region.

Observers however believe the race will be a two-horse race pitting the incumbent against former governor Timamy.

While Twaha has openly shown his support for the Azimio la Umoja movement fronted by ODM leader Raila Odinga, Timamy has remained elusive on which coalition side he supports.

Azimio however seems to enjoy massive support from a majority of the leadership and population.

In the last general election, the Jubilee party received massive support in the region with most of their votes coming in from Mpeketoni and other Kikuyu populated towns in the region.

Mpeketoni has previously shown massive support to president Uhuru Kenyatta owing to his ethnic background (one of their own), a factor that is expected to play a major role in his support for Raila Odinga and his Azimio la Umoja movement.

That support is expected to be translated into votes for Raila Odinga from the likes of Mpeketoni, Kibaoni, Hindi and other Kikuyu and Kamba dominated areas in Lamu.

Among the challenges facing Lamu is population growth owing to migration into Lamu from other parts of the country, fuelled in part by the anticipated opportunities accruing from the Lamu Port.

Other challenges include insufficient social services such as healthcare and education, inadequate supply of piped and freshwater, under-developed infrastructure, and food insecurity.

He holds a Bachelors Arts Degree in Economics from Nairobi University.

He unsuccessfully ran for governor in 2013 on a NARC-K party but lost to Timamy.

He holds a Law Degree from the University of Nairobi.

Timamy worked for many years as company secretary and director at Sameer Group of Companies in Nairobi.

In 2005, he was appointed chairman of the board of directors of the National Museums of Kenya, from where he resigned in 2012 to venture into politics.

He still runs his law firm Timamy and Company Advocates in Mombasa that specializes in commercial law. 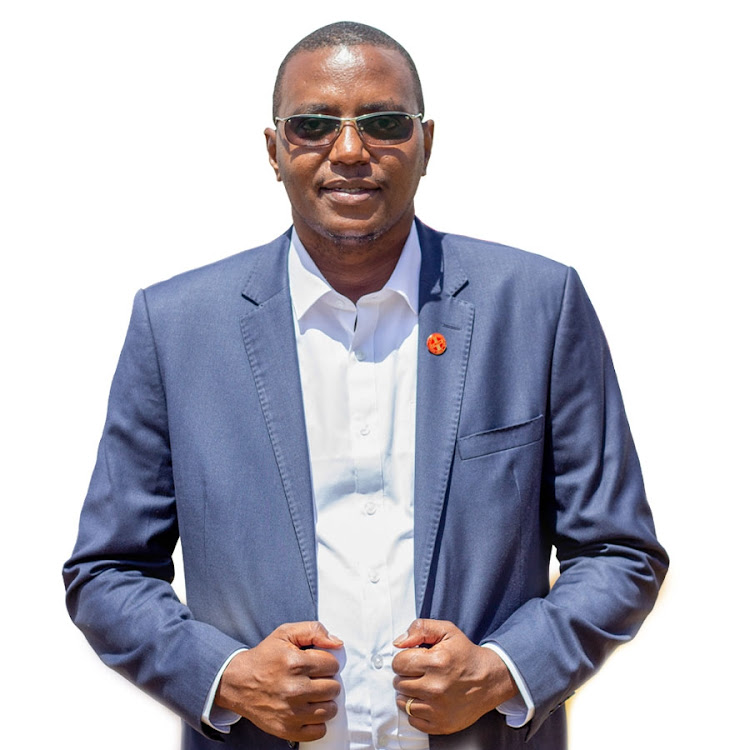 Mugo holds a Master Degree in Sports Management from Kenyatta University and a Bachelor of Science in Sports Science Degree from the same institution. 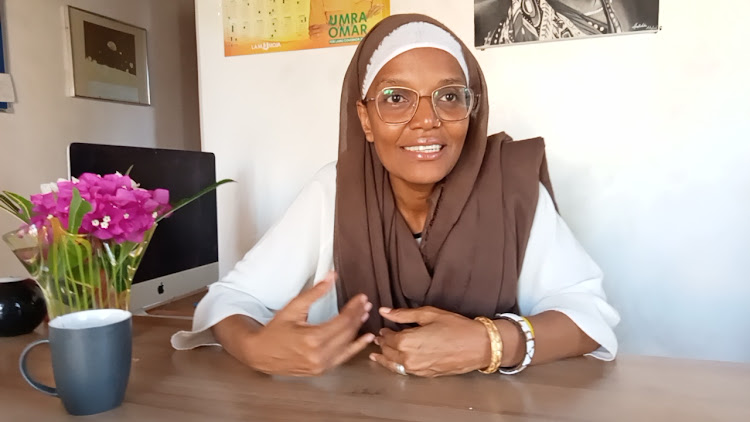 After completing the International Baccalaureate program at Atlantic College,Umra was awarded a scholarship to attend Oberlin College in Ohio.

She completed her first degree in neuroscience and psychology and pursued her master's degree in social justice: intercultural relations at the World Learning Institute in Vermont.

Her father Omar Bwana is a former nominated MP in the Moi era.

A humanitarian and community conservation strategist,Umra is also the founder of Safari Doctors, an organization that delivers primary medical care and health education by boat, air, and land to Bajuni and Aweer communities in Lamu.

She was named a Top 10 CNN Hero and in 2017 was named the UN in Kenya Person of the Year along with the rest of the Safari Doctors team.