189 patients have recovered from the disease, bringing total recoveries to 244,935.

• The cumulative deaths to has risen to 5,202 after four patients  succumbed to the disease, 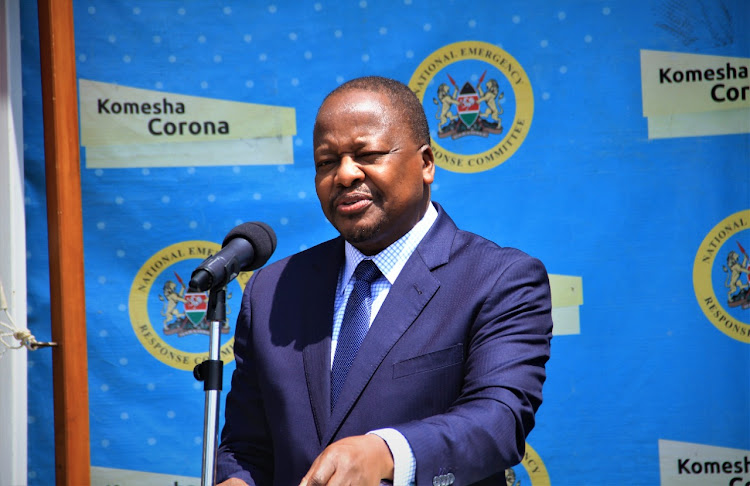 Kenya on Thursday recorded 186 new Covid-19 cases, from a sample size of 6,965 tested in the last 24 hours,  Health CS Mutahi Kagwe has said.

The positivity rate is now at 2.7 per cent.

The CS said that 179 of the cases recorded are Kenyans while seven are foreigners, with nine being males and 87 are females.

The youngest is a one-year-old child while the oldest is 91 years.

This now brings the total confirmed positive cases to 251,669 and cumulative tests so far conducted are 2,624,665.

Kagwe also stated that 189 patients have recovered from the disease.

"135 are from the home-based isolation and care program while 54 are from various health facilities countrywide," he said.

The total number of recoveries now stand at 244,935 of whom 197,907 are from the home-based isolation and care program, while 47,028 are from various health facilities countrywide.

The cumulative deaths has risen to 5,202 after four patients  succumbed to the disease,

All of them are late deaths reported after conducting facility record audits in the months of September and October 2021.

A total of 640 patients are currently admitted in various health facilities countrywide, while 1,631 are under the home-based isolation and care program.

Thirty-five patients are in the Intensive Care Unit, 18 of whom are on ventilatory support and 17 on supplemental oxygen.

Another 211 patients are separately on supplemental oxygen with207 of them in general wards and 4 in High Dependency Units (HDU).

The uptake of the second dose among those who received their first dose was at 33.6%.

Proportion of adults fully vaccinated was 4.1 per cent.