• Kenya recorded a positivity rate of 13.8 per cent. 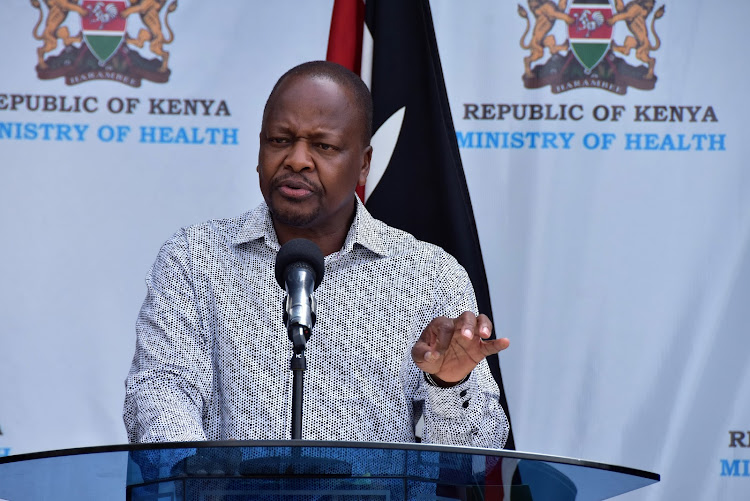 Kenya has recorded 31 more deaths related to Covid-19 raising the total fatalities to 4,435 by Friday.

Health CS Mutahi Kagwe in a statement confirmed that this was from a sample size of 10,235.

Kenya recorded a positivity rate of 13.8 per cent with cumulative tests standing at 2,297,678.

Kagwe said 2,066 patients are currently admitted in various health facilities while 9,323 are under Home-Based care.

About 167 patients are in the Intensive Care Unit, 75 on ventilatory support and 92 on supplemental oxygen.

Seven hundred and ninety two patients are separately on supplemental oxygen, 734 of them in general wards and 58 in High Dependency Units.

1,670 patients have recovered from the disease with 1,484 from the Home-Based Isolation and Care program while 186 are from various health facilities countrywide.

Kagwe further noted that 2,290,801 vaccines have been administered across the country.

He said the uptake of the second dose among those who received their first dose is at 50.9 per cent.

"...with the majority being males at 55 per cent while females are at 45 per cent. Proportion of adults fully vaccinated is 2.8 per cent," Kagwe said.