1,084 patients are admitted to various health facilities, 121 being in ICU.

• The country's positivity rate is now at 7.4 per cent.

• Eighty-five patients have recovered from the disease, 53 from the Home-Based and Isolation Care while 32 are from the various health facilities countrywide. 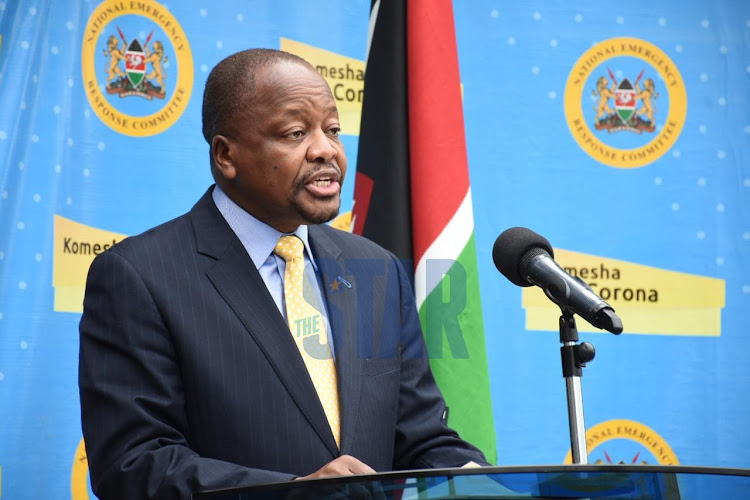 The government has reported 324 new cases of coronavirus in the last 24 hours, bringing the cumulative cases in the country to 168,432.

Health CS Mutahi Kagwe said on Sunday through a statement on the update of the virus that the new cases were picked from a sample size of 4,392.

The positivity rate is now at 7.4 per cent.

The cumulative test that has been conducted in the country is 1,781,426.

The youngest patient is a one-year-old baby and the oldest is 91.

This pushes the cumulative fatalities in the country to 3,059.

Also, 85 patients have recovered from the disease, 53 from the Home-Based and Isolation Care while 32 are from the various health facilities countrywide.

A total of 1,084 patients are currently admitted to various health facilities while 4,751 are under the Home-Based Isolation and Care Program.

Kagwe said that 121 patients are in the Intensive Care Unit, 25 of whom are on ventilatory support and 68 on supplemental oxygen. 28 patients are also on observation.

Another 86 patients are separately on supplemental oxygen with 79 of them in general wards and 7 in High Dependency Units.