• A total of 884,858 people have been vaccinated against Covid-19 countrywide.

• In his statement, the CS lauded healthcare workers for their tireless efforts for the past year being in the frontline to battle the virus. 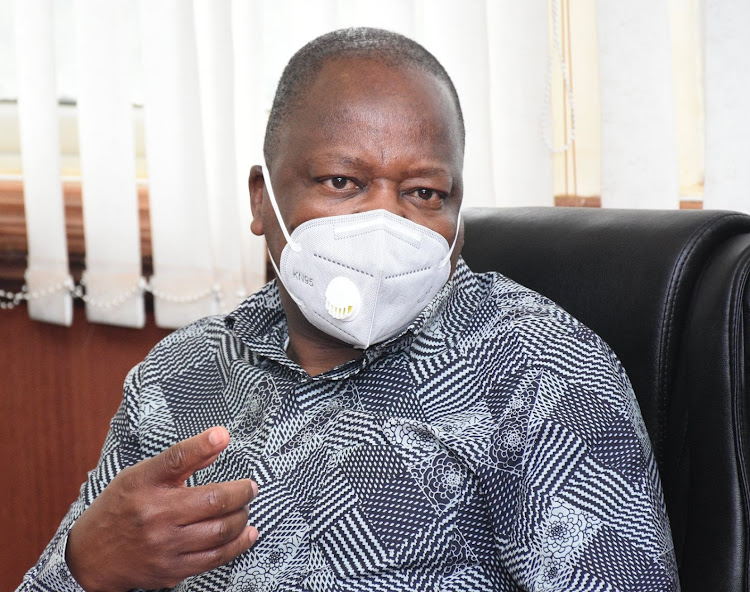 The government of Kenya through the Ministry of Health has reported another 735 new cases of Covid-19 in the last 24 hours.

Health CS Mutahi Kagwe said on Saturday in a statement that the new cases were picked from a sample size of 5,758 tested in the last 24 hours.

The CS said that the country’s positivity rate is at 12.8 per cent.

The youngest is an eight-month-old baby and the oldest is 97.

Today, 224 people have recovered from the disease, 177 from Home Based and Isolation Care while 47 are from the various health care facilities.

This brings the total number of recoveries to 108,789.

In his statement, the CS lauded healthcare workers for their tireless efforts for the past year being in the frontline to battle the virus.

“Your hard work coupled with the sacrifices you make by risking your lives for the sake of our people cannot go unnoticed. The government recognizes the efforts that you have all made in order to keep our people not only healthy but also alive,” Kagwe said.

The youngest is an eight-month-old baby and the oldest is 97.

A total of 1,304 patients are currently admitted to various health facilities countrywide, while 6,648 patients are on Home Based Isolation and Care.

Kagwe said that 188 patients are in the Intensive Care Unit, 31 of whom are on ventilatory support and 113 on supplemental oxygen. Also, 44 are on observation.

Another 137 patients are separately on supplemental oxygen with 130 of them in general wards and seven in the High Dependency Unit.

The CS said that a total of 884,858 people have been vaccinated against Covid-19 countrywide.

Of the vaccinated people, 515,288 are 58 years and above together with others.

A total of 157,967 healthcare workers have been vaccinated, 137,348 teachers and 74,272 security officers have also received the vaccine.