• This comes as a section of private hospitals have been marketing the vaccine which is being administered for between Sh7,000 and Sh11,000. 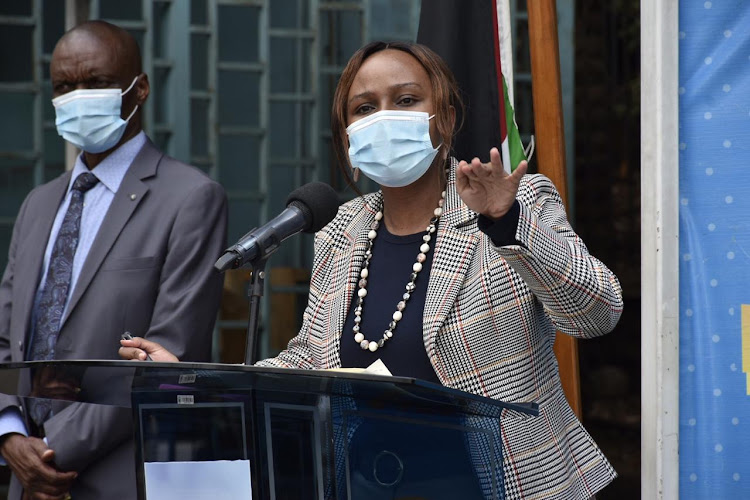 Six deaths have been reported, three in the last 24 hours, bringing the fatalities to 2,153.

The youngest is an eighth-month-old infant while the oldest is 94.

The ministry has said that 389 people have recovered from the virus, 230 from Home Based Isolation and Care while 159 have been discharged from various hospitals in the country.

The total recoveries in the country are 92,679.

Also, 1,349 patients are currently admitted to health facilities, 4,799 are on Home Based Isolation and Care.

A total of 153 patients are in ICU, out of which 43 are in ventilatory support and 101 on supplemental oxygen. Nine patients are on observation.

Another 106 patients are separately on supplementary oxygen, 91 of them being in general wards and 15 in High Dependency Unit.

Meanwhile, the Ministry of Health has warned against the marketing of the Sputnik V vaccine, saying it has only received emergency use authorization, not marketing authorization.

This comes as a section of private hospitals have been marketing the vaccine which is being administered for between Sh7,000 and Sh11,000.

Sputnik V vaccine has been imported by a private organization and the Russian embassy has said the firm should take responsibility for any challenges associated.

On whether Sputnik V is better than AstraZeneca, Mwangangi said there is no research that has been done to compare the two.

She did, however, said that all vaccines allowed into the country will ensure that those vaccinated avoid ending up with severe illness.