Covid-19: Africa won't be a testing ground for vaccines - WHO

WHO boss condemned remarks by two French scientists terming them as racist.

• The WHO Director General Tedros Adhanom Ghebreyesus termed the comments racist and a hangover from the “colonial mentality.”

• The agitated UN agency official termed it a disgrace and appalling that in the 21st Century, scientists can make such remarks. 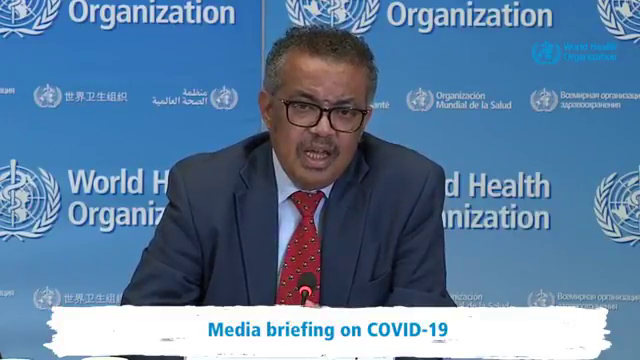 WHO Director-General Tedros Adhanom Ghebreyesus during a press conference on April 6 on the novel coronavirus.
Image: COURTESY

The World Health Organisation has condemned remarks by two French scientists that Africa be used as a testing ground for a coronavirus vaccine.

The WHO Director General Tedros Adhanom Ghebreyesus on Monday during a video press conference termed the comments racist and a hangover from the “colonial mentality.”

The agitated UN agency official termed it a disgrace and appalling that in the 21st Century, scientists can make such remarks.

“Africa can’t and won’t be a testing ground for any vaccine,” Ghebreyesus said.

“We will follow all the rules to test any vaccine or therapeutics all over the world, whether it is in Europe, Africa or wherever.”

The remarks were made last week on the French television channel, LCI, during a discussion about Covid-19 vaccine trials yet to be launched.

The remarks sparked wide outrage with some people accusing the two of treating Africans like “human guinea pigs.”

Jean-Paul Mira, the head of intensive care at Cochin Hospital in Paris, and Camille Locht, the head of research at the Inserm health research group, both suggested that the coronavirus vaccine should be tested on Africans.

Mira said the tests would yield better results if carried out in Africa.

“It may be provocative. Should we not do this study in Africa where there are no masks, no treatment or intensive care, a little bit like it's been done for certain AIDS studies, where among prostitutes, we try things because we know that they are highly exposed and don't protect themselves,” said Jean-Paul Mira.

Locht responded: “You're right, we are thinking in parallel by the way about a study in Africa with the same kind of approach, (but) it doesn't prevent us from being able to think about a study in Europe and Australia at the same time.”

One of them later issued an apology.

The discussion spark criticism across the world.

Some Kenyans expressed their disappointment from the two scientists, saying that Africa cannot be a testing ground for the vaccine.

Scientists and researchers are yet to find a vaccine for the virus which has caused over 75,000 deaths and infected more than 1.3 million people across the world.

Four people have recovered from the virus in the country.

The African Airlines Association(AFRAA) has said the coronavirus is expected to negatively affect Africa’s aviation economy as airports are empty.It ...
Business
2 years ago

The platform will enable at least two billion people globally get direct access to information about Covid-19.
News
2 years ago
by MAGDALINE SAYA AND KEVIN CHERUIYOT
Coronavirus
07 April 2020 - 13:53