TO BE TAKEN BACK HOME

High Commissioner to Kenya Jane Mariott warned that the flights were only outbound.

• High Commissioner Jane Mariott said they have been working with British Airways and the GoK to allow those who want to leave Kenya to do so.

• The British nationals have been asked to contact Kenya Airways on 0741131526 for booking purposes. 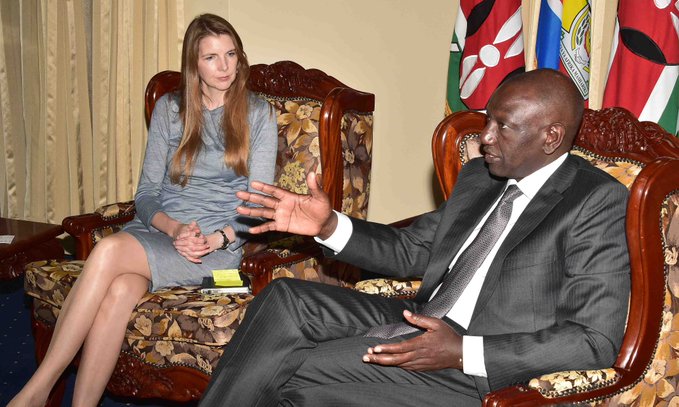 Deputy President William Ruto chats with British High Commissioner to Kenya Jane Marriott at his Karen home during a past meeting.
Image: DPPS

British Airways has opened up a small number of additional flights from Nairobi to London in a bid to evacuate British nationals.

“For those wishing to return to the UK, we recommend you book as early as possible for the flights. Please visit ba.com to book,” the embassy said via Twitter on Wednesday.

The High Commissioner to Kenya Jane Marriott warned that the flights were only outbound.

“I should stress that these are outbound (Nairobi to London) only. No one will be allowed to enter Kenya, so the London-Nairobi leg will be empty. What I now know is called a 'ghost flight'” she said.

British high commissioner forced to self quarantine after UK trip

Mariott said they have been working with British Airways and the GoK to allow those who want to leave Kenya to do so.

“More availability has opened up as a result. You are advised to book yourself on as early a flight as possible. Don't play the algorithms! Just book,” she said.

The British nationals have been asked to contact Kenya Airways on 0741131526 for booking purposes.

This is in line with the government directive to suspend all international flights effective Wednesday night as announced by Health CS Mutahi Kagwe.

The move comes barely five days after the national carrier said it had been forced to reduce its network by over 70 per cent and it had become increasingly difficult to continue offering international passenger services.

It also announced unpaid leave for some of its staff beginning April 1 with the management team taking a 75 per cent pay cut.

Says he will defend his title in 2021 and is looking forward to witnessing the event.
Coronavirus
1 year ago