Five are Kenyans, three are foreigners - 2 French, one Mexican.

• A total of 363 passengers are being traced. 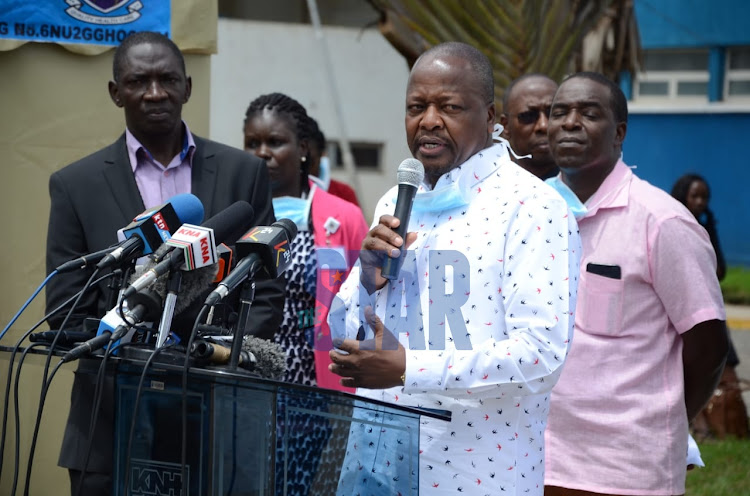 Health CS Mutahi Kagwe during the opening of the telemedicine centre at KNH on Sunday, March 22, 2020.
Image: DOUGLAS OKIDDY

This brings the total number of cases to 15.

"All the eight came through JKIA between March 4 and 17. They have been isolated at various facilities," he said on Sunday.

Five are Kenyans, three are foreigners - two French and one Mexican.

Kagwe  noted that Kenya does not have anybody in ICU.

"The French national was not stable because of his age and was rushed to Nairobi," he said.

"We are tracing 363 passengers who have come into contact with them," Kagwe added. They have been tracked from the eight people.

"We have an additional three people waiting testing at Mbagathi Hospital," he said, adding that all the patients except the one at the Coast are in stable situation.

Earlier, Kenyatta National Hospital opened its first telemedicine technology centre for coronavirus detection, a first of it's kind in Africa.

"Very soon we are going to have major operations being done in Kenya by our own doctors rather than taking patients overseas," Kagwe said. 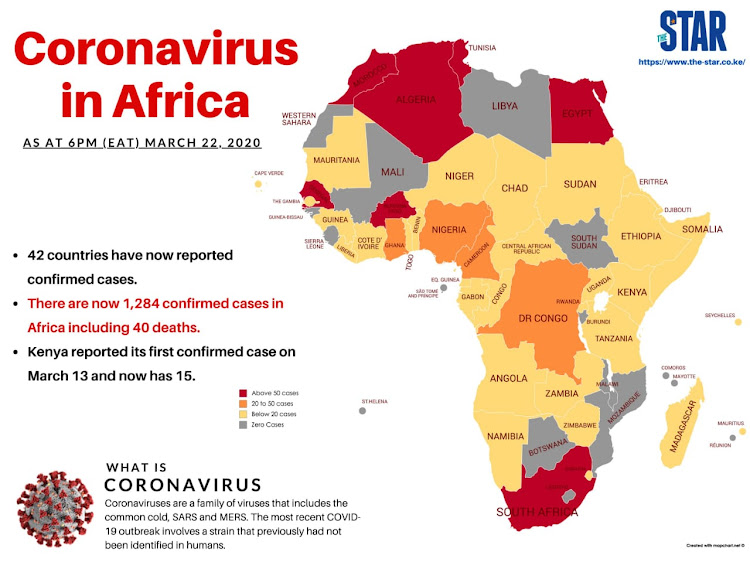 On Saturday, government spokesman Cyrus Oguna said random screening of Kenyans will continue as Kenya seeks to contain the spread of the coronavirus.

Even gatherings within the street are banned. Stay at home. - CS Kagwe.
Coronavirus
1 year ago

Senior officials will not be spared - CS Kagwe.
Counties
1 year ago
by NANCY AGUTU AND MAGDALENE SAYA
Coronavirus
22 March 2020 - 17:46