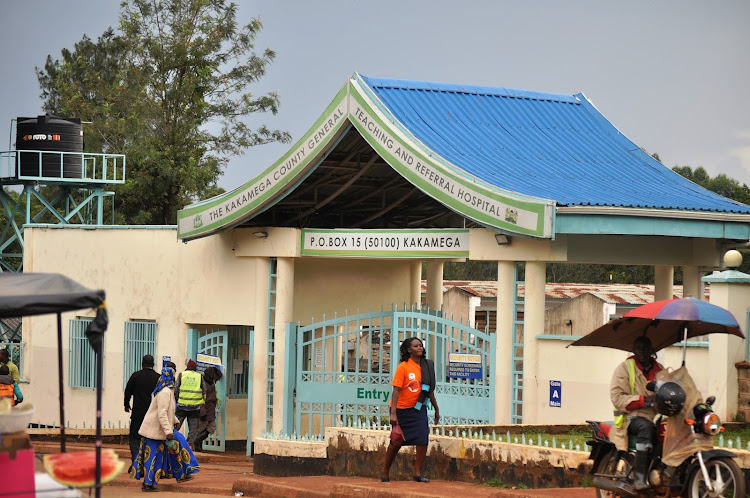 Kakamega referral hospital on Wednesday was a scene of panic after a suspected case of coronavirus was reported.

"The panic and pandemonium I have seen inside here demonstrates that we're not prepared for this coronavirus. Everybody fled and we had to reorganise ourselves to pick the patient and isolate him," a nurse said.

"Running away is the best thing to do at the moment because we're not properly prepared," another nurse said.

Hospital authorities did not immediately confirm or deny the occurrence as most officials either did not pick calls or said they were in a meeting.

"I am in a meeting, I will get back to you later," hospital administrator Titus Mumias told the Star on the phone.

The head of Governor Wycliffe Oparanya's press unit, Peter Atsiaya, said a blood sample had been taken from the patient for testing at Kemri.

The suspected male patient is said to have travelled into the country from Dubai. He arrived on Sunday.

He took himself to the hospital with signs of the virus at around 11am.

Atsiaya said there will be a follow up to trace people the patient may have come into contact with.

The patient was isolated in the infectious diseases unit at the hospital. “Leave this place. The patient we have here is highly infectious,” a doctor told reporters who were waiting outside the unit.

No case has been confirmed in Kakamega County.

Two Chinese were quarantined at a construction site in the county after they flew into the country from China. The quarantine ended a week ago.

Kakamega has set aside 25 wards in different facilities for isolation of suspected and confirmed cases.

Meanwhile, panic has gripped staff at the Kakamega county assembly after an MCA who travelled to London last week returned and mingled with others.

Nominated MCA Timothy Aseka (ANC) joined colleagues at the assembly on Friday and was within assembly precincts on Monday.

On Tuesday, other MCAs refused to sit with him for fear he could be carrying the virus and could pass it to them. The assembly yesterday adjourned for two weeks.

"We met as the house business committee and decided that the best option is to save other members from mixing with the member because isolation is beyond our mandate," assembly speaker Morris Buluma said.

Aseka is said to have been in London on a trip sponsored by a group of people living with disabilities.

Oparanya on Monday ordered the closure of all public mortuaries and asked residents to bury their departed immediately.

On Tuesday, Oparanya asked the national government to expedite release of funds to support preventive measures put in place by counties to protect citizens against coronavirus infection.