The residents engaged the Kakamega governor one on one 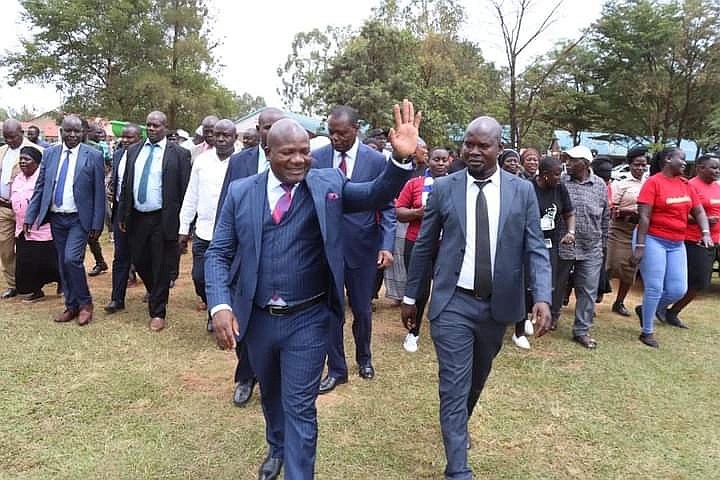 Barasa, on Tuesday, attended a public forum at Lureko Primary School on invitation by the residents who wanted to engage him one in one.

Lureko has a history as that was the residence of King Nabongo Mumia.

Joseph Ndimbela Tumbo, the chairman of Mumias West council of elders said the elders met and decided to invite the governor to ask him directly about the tarmacking of the Lureko-Indangalasia-Ogalo road.

“This road has a history that’s associated with King Nabongo. This is the road which Bishop Hannington used to travel to Uganda where he settled and served until his death and his remains were brought back to Lureko for interment after being appointed by King Nabongo Mumia,” he said.

Tumbo said that the 21-kilometre road was significant because Christians use it on foot when going for annual prayers at Namogongo.

Namugongo is in Uganda where Christians go for pilgrimage every year.

He said that the elders also wanted the county chief to enumerate his plans for the Mumias West subcounty.

By honouring the invitation, they said Barasa demonstrated servant leadership as his predecessor Wycliffe Oparanya never attended such a forum during his tenure.

Oparanya only engaged residents through public participation in government programmes as required by law.

Barasa acceded to their request and said the road will be upgraded to bitumen standards in this financial year.

He said that his administration will construct a fertiliser factory in Mumias West, public participation in the factory was conducted in December.

“Once complete and operational, the factory will offer employment to over 3, 000 youths,” he said.

Barasa said that his administration was focused on service delivery to all Kakamega residents regardless of how they voted in the last general election.

“I am going to serve everyone equally because I am a giver for all people,” he said.

Barasa said the allocation is pegged on financial constraints as opposed to the budget.
News
1 week ago

They discussed implementation of a Credit Guarantee Scheme for MSMEs
InPictures
1 week ago
Post a comment
WATCH: The latest videos from the Star
by HILTON OTENYO Correspondent, Western Region
Western
25 January 2023 - 12:38
Read The E-Paper