The county boss said they are going to analyze the results for all students. 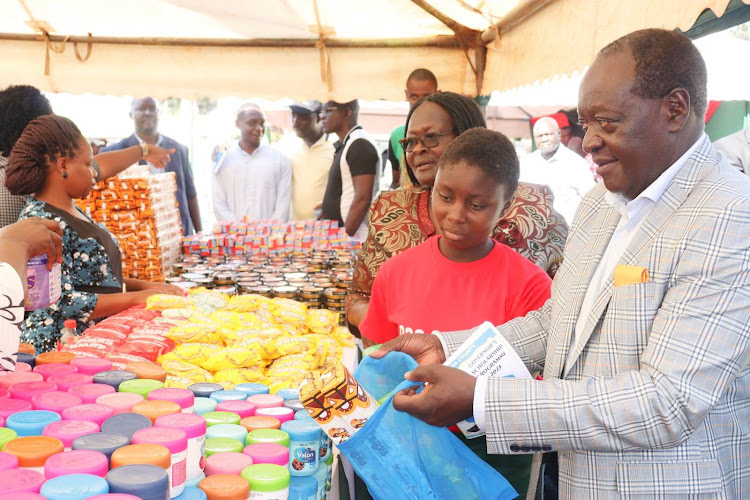 Governor Wilber Ottichilo giving out shopping to one of his students who is a beneficiary on the Governor's scholarship.
Image: MARTIN OMBIMA

The county boss said they are going to analyze the results for all students and select those who have passed well for scholarship consideration.

“For those who have performed well, we are going to support them to join Universities, Colleges,” Ottichilo said.

Since the Ottichilo's scholarship program was introduced in 2018 to help the bright and needy learners in the County, this is the first lot to sit for their National Exams.

“We are happy since the inception of this program we have our own who have concluded the exams. We know they have done their best,” the Governor said. 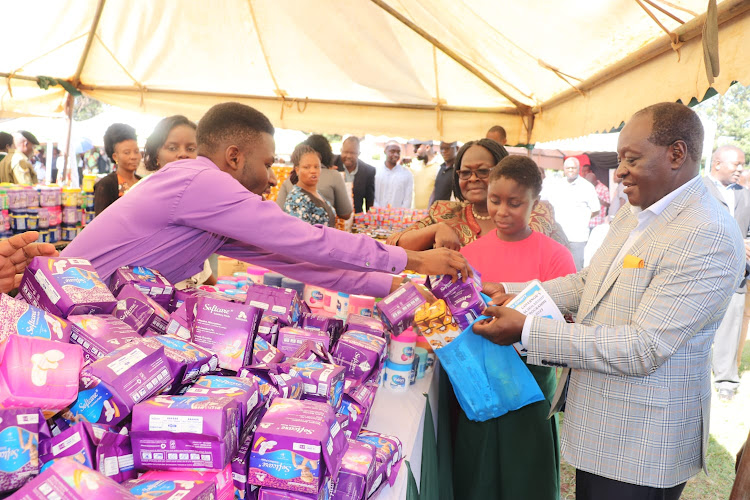 Governor Wilber Ottichilo receives pads from his county technical team before handing over to a female student who is a beneficiary from the Ottichilo's scholarship program.
Image: MARTIN OMBIMA

“We played our role as we had promised and it's time to see what we have been investing in and whether it has yielded fruits,” the County boss added.

The Governor Was speaking at Mbale high school over the weekend where he was flagging off form two, form three and form four back to school as the new term starts.

He challenged the continuing students to remain disciplined and focus on their studies for better performance.

The county boss further warned those who are underperforming in his program citing that if they don’t improve their scholarship will be terminated.

“Waziri, I want you to meet all these poor-performing kids first and find out where the problem is,” he said.

“I want all these kids to perform well and they have the capacity to do so.”

The governor said the current form four have more chance of doing much better than the first group citing that the first lot was like a piloting project to determine the fate of this scholarship.

Currently, the county is in the process of picking form ones beneficiaries who are expected to join in early February.

Post a comment
WATCH: The latest videos from the Star
by MARTIN OMBIMA @OmbimaPatrick
Western
23 January 2023 - 23:54
Read The E-Paper