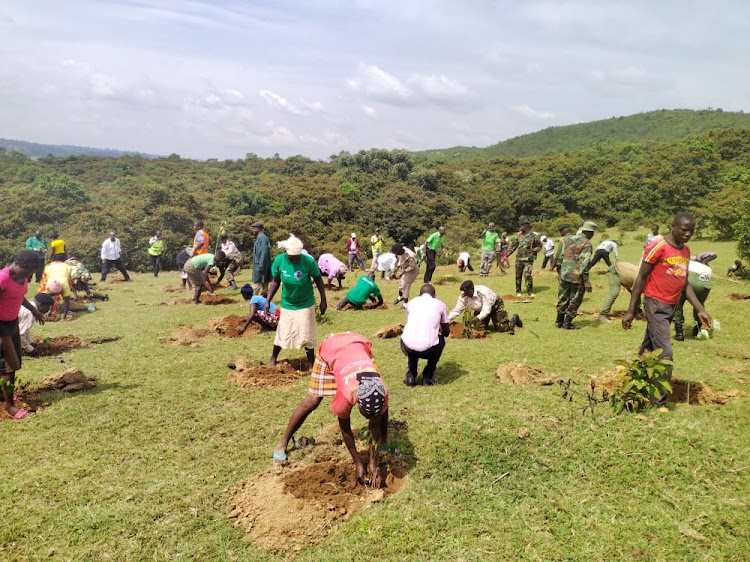 Tree planting has been touted as the only major way that can effectively mitigate the severe effects of climate change and conserve existing ecosystems.

Kakamega residents have been urged to take up active tree planting so as to combat global warming.

This was in line with resident William Ruto’s launch of a tree restoration program at Ngong Hills Forest last week Wednesday to combat the effects of climate change in the country.

The initiative, which aims to plant 15 billion trees by 2032, will work to reduce greenhouse emissions, stop and reverse deforestation, and restore 5.1 million hectares of deforested and degraded landscapes through the African Landscape Restoration Initiative.

The county boss recognised that among many other benefits, trees restore wildlife and biodiversity, improve air quality and conserve water.

“They preserve soil, reduce poverty and ensure a better future for the local community. Tree planting is just one example of how we are striving to minimize our environmental impact,” he said.

Peter Olucheho, a scientist and botanical expert explains that as trees grow, they help stop climate change by removing carbon dioxide from the air, storing carbon in the trees and soil, and releasing oxygen into the atmosphere.

He said broadleaved species such as oak, beech and maple are best in effectively addressing climate change as they have a larger surface area of leaves which generates more photosynthesis, whereas conifers absorb more heat.

Olucheho urged Kenyans to carry with the spirit of the late environmentalist Wangari Maathai who spearheaded much of the deforestation campaigns in the country.

“Maathai felt there was a direct link between poverty and the destruction of the environment. So in 1976, to counter the problems of deforestation, Maathai organized Kenyan women to plant trees in their villages,” he said.

“She believed that little things that the ordinary person does are what is important.” 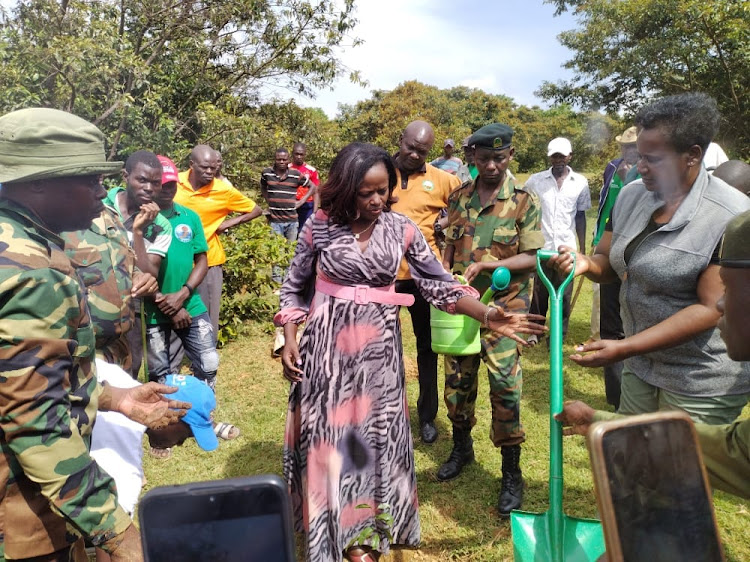