Says exchange of words between President and Raila is bad for the country. 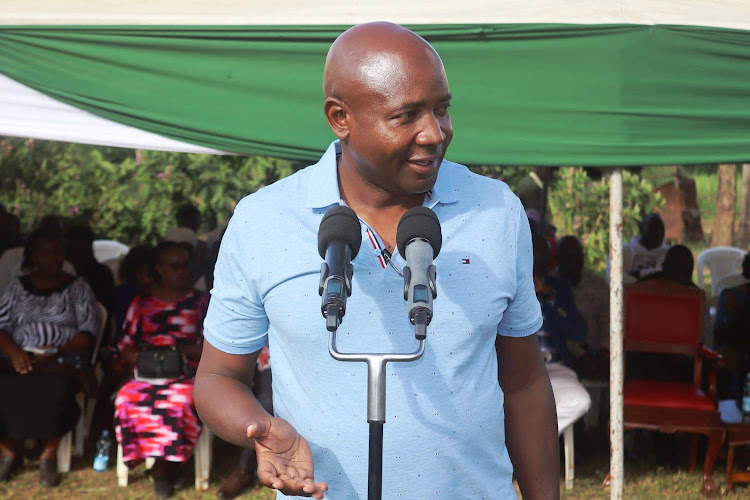 Savula said that the electoral agency is a fragile institution that must be handled with caution if Kenyans are to develop confidence in its independence.

The former Lugari MP said the countrywide rallies planned by Raila to protest the removal of the four commissioners and the formation of Justice Aggrey Muchelule-led tribunal by the President is bad for the country.

“The move by the President alters the fabric that promotes cohesion and peaceful coexistence. Raila should seek a truce for the sake of the country's stability,” he said.

Savula was speaking during an ACK get-together meeting at the Archbishop Olang Conference Centre in Kakamega on Monday.

The meeting was presided over by Bishop Charles Asilutwa of Maseno North ACK diocese and the Rt Rev (Prof) David Kodia of the Bondo diocese of Bondo. Luanda MP Dick Maungu was also in attendance.

Two of the four embattled commissioners resigned on Monday.

The four commissioners declined to appear before the National Assembly Justice and Legal Affairs Committee to defend themselves against accusations of attempting to subvert the will of Kenyans.

The four disowned the presidential results released by IEBC chairman Wafula Chebukati at Bomas of Kenya, terming them opaque.

Savula said that elected leaders from the region will be seeking support from the national government to aid in the industrialisation of the region when they host Ruto in Kakamega on December 8.

He hailed the Cabinet for halting the importation of genetically modified maize, saying the move was going to hurt maize farmers who are still harvesting their crop.

"Today punish IEBC official as much as you can but tomorrow is coming,  you to will cry."
News
2 months ago

He said it will spare Kenyans the time, money and effort
News
2 months ago

He said the fate of the commissioners will be determined by a tribunal.
News
2 months ago
Post a comment
WATCH: The latest videos from the Star
by HILTON OTENYO Correspondent, Western Region
Western
06 December 2022 - 13:09
Read The E-Paper