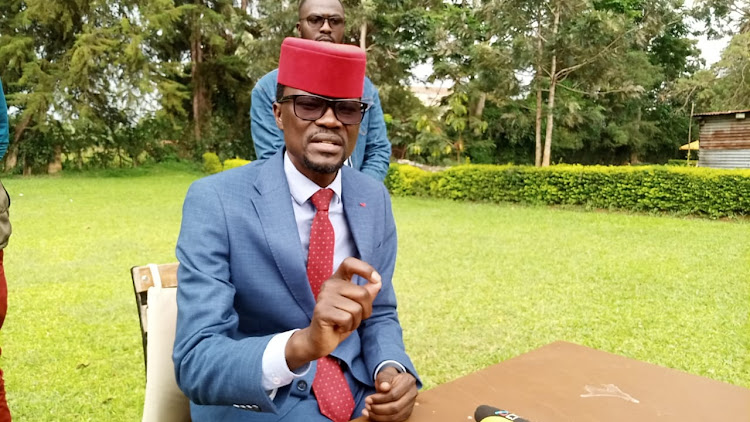 Kimilili MP Didmus Barasa is firmly behind the constitution amendment to hive off Mt Elgon constituency from Bungoma and make it acounty.

Speaking on Monday, in Bungoma town, Barasa said when the matter will be presented on the floor of Parliament he will support it.

He argues that some constituencies are too big and need to be made counties so that residents can enjoy the fruits of devolution.

“Some constituencies like Mt Elgon need to be split and more counties created so that our people can access resources with ease,” Barasa said.

“If Mt. Elgon is split and given a mandate to run its own affairs then it will even give a relief to Bungoma Governor Ken Lusaka,” he said.

Barasa also revealed that he will back a Ford Kenya candidate in senatorial race to succeed Speaker Moses Wetangula.

The Kimilili MP noted that for Western to achieve what President William Ruto promised during campaigns Wetang’ula and Chief Cabinet Secretary Musalia Mudavadi must enough support from the residents.

“ We have a number of projects that appears in Memorandum of Understanding that was signed by the Kenya Kwanza co-principals,” he said.

“I know that we are having two senatorial candidates from Kenya Kwanza but let’s rally behind Wafula Wakoli to strengthen Wetang’ula."

There was no objection to the transfer of the file by all parties.
News
3 weeks ago

He is accused of shooting and killing the former aide to his competitor.
News
1 month ago
Post a comment
WATCH: The latest videos from the Star
by TONY WAFULA
Western
14 November 2022 - 20:02
Read The E-Paper