Explain exclusion of hustlers in your Cabinet, Osotsi tells Ruto

Say President has ignored youths, PWDs and failed to meet 50 per cent promise on women's inclusion. 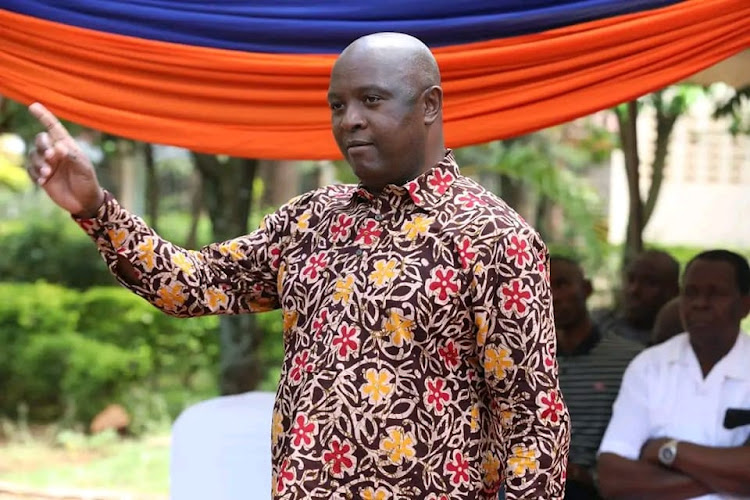 Osotsi says Ruto's Cabinet has ignored youths and people with disabilities and has failed to meet the 50 per cent promise on women's inclusion.

Ruto had in the lead-up to the August 9 general election promised to name women to half of the positions in his Cabinet.

However, when he named nominees for various Cabinet portfolios on Tuesday, only seven women out of 22 members.

He, however, named Mercy Wanjau as secretary to the Cabinet, Harriet Chigai as the advisor on women's rights and Monica Juma as National Security advisor.

“So if he is counting the two on the cabinet slots he is wrong,” Osotsi said.

The lawmaker said Ruto's Cabinet list is more of a political reward to his supporters who lost in the general election ignoring the hustler nation.

“During Ruto's campaign, he said his administration will consider mama mboga, boda boda, jua kali people and others,” Osotsi said.

“But his Cabinet has more​​ of established citizens with financial muscles.”

The lawmaker spoke to the Star on Wednesday.

He said the country has many people who can deliver services to Kenyans who should have been appointed as the Cabinet Secretaries rather than picking elected leaders.

“The country is currently unstable financially, but we are heading into elections to fill those positions that have been left vacant,” Osotsi said.

Ruto picked some leaders to assist him in the Cabinet.

By law, a Cabinet Secretary cannot be an MP, so upon approval by Parliament, these individuals will have to resign from their positions.

Osostsi criticised the president citing that he (the president) said won't be in office for positions but he has created a constitutional office for ANC party leader Musalia Mudavadi.

Of the 22 Cabinet secretaries, 15 were male while 7 female.
News
2 months ago

Ruto named his Cabinet on Tuesday after a meeting with former CSs.
News
2 months ago
Post a comment
WATCH: The latest videos from the Star
by MARTIN OMBIMA @OmbimaPatrick
Western
29 September 2022 - 22:00
Read The E-Paper