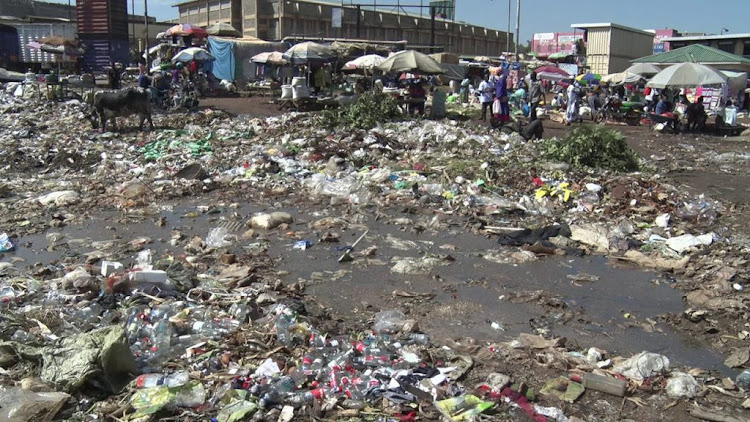 The dumpsite at the Kakamega bus park.
Image: CHETI PRAXIDES

They said the stench from the dumpsite has made it uncomfortable to operate in the area.

The garbage also takes up a huge space forcing them to squeeze on one end of the park, they said.

The traders said if relocated, the freed up space can be used to accommodate more business people.

The dumping of garbage at the park has been happening despite there being a clearly defined waste disposal system in the town.

“This dumpsite is illegal because this is a park and people know that there are designated dumping sites here in Kakamega,” trader Milka Mukanda said.

"We need people to stop dumping so we can keep the town clean and use such spaces to bring in more traders and money."

The traders complained that no action has been taken by the county government to address the situation, despite numerous reports over the years.

“Five years ago they promised to look into the issue but nothing has changed and the situation has been getting worse,” Christopher Kanga, a trader, said.

"We pay taxes as traders without fail and therefore expect better services. This dumpsite needs to be moved and the relevant offices are all aware and have been notified."

The traders have urged the county government, under the leadership of Governor Fernandes Barasa, to find a permanent solution.

In response, Kakamega town manager Hudson Kasanga said the bus park site is temporary and only acts as a holding ground.

He said the garbage is usually moved to the main dumpsite at Rosterman on the outskirts of the town.

“We have always ensured the town is clean and conducive for trade and business," Kasanga said.

"The said dumpsite is simply a holding ground and not an actual dumpsite. Any garbage collected here stays for just about eight hours after which it is moved to the main dumpster.”

He said they collect between 120 to 180 tonnes of garbage daily.

“That’s a lot of garbage dumped in just a single day or a few hours. People need to understand that the cleanliness of Kakakmega largely depends on the decisions they make to properly dump garbage,” he said. 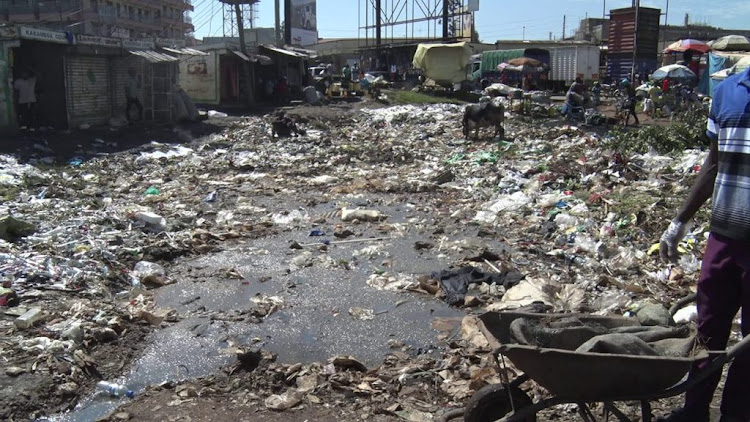 The dumpsite at the Kakamega bus park.
Image: CHETI PRAXIDES

He led a delegation to Mwakirunge dumpsite on a fact-finding mission.
Counties
3 weeks ago

His overwhelming victory points to the confidence that Nairobi residents have in him.
Opinion
4 weeks ago

Rotary members believe they have a shared responsibility to take action on the protection of environment
Opinion
1 month ago
Post a comment
WATCH: The latest videos from the Star
by CHETI PRAXIDES Correspondent,Coast Region.
Western
19 September 2022 - 22:00
Read The E-Paper