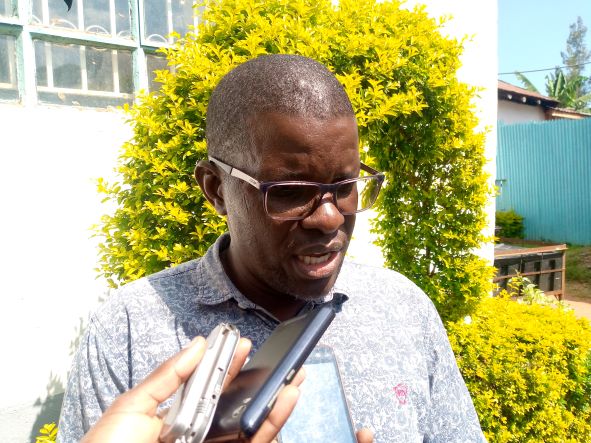 MCAs are expected to have their first sitting on Wednesday after the day was officially gazetted by Governor Wilbur Ottichilo.

The MCAs will then proceed to elect the speaker in a race that has also attracted former speaker Hasna Mudeizi who is defending her seat.

Also in the race is Winnie Majani who was vying for the woman representative seat in the August 9 election.

Luanda Township MCA-elect David Onjiri says they will elect a speaker who has the capacity to deliver better leadership.

The MCA said it is not all about regional balancing as every candidate must prove themselves credible and capable to run the docket.

“Let us not just say we are allocating the speaker position to a particular group, let them give us a person with the right qualities,” Onjiri said at Ebusiralo on Monday.

Some Azimio MCAs have vowed to elect Majani to achieve gender balance in sharing key slots.

They also said Majani deserves the position because she is transparent, honest and pulled more votes for Raila in Hamisi than Lubanga.

Ottichilo and Senator Godfrey Osotsi are said to be fronting Majani to satisfy the gender parity card.

Osotsi said they want the speaker’s position to go to an ODM candidate and someone from Hamisi.

“We are fronting an ODM candidate for Vihiga county assembly speaker’s position to get a good hold of the House for smooth operation," he said.

"We are also fronting a candidate from Hamisi to ensure our people are well accommodated in the key positions."

Local pundits opine that the Bunyore community has the governor and senator seat in Ottichilo and Osotsi respectively, while Maragoli has the deputy governor (Wilberforce Kitiezo). Sabatia has the woman rep seat in Beatrice Adagala.

So to accommodate the Tiriki community, the position of speaker should be preserved for them that is why Majani who is a Tiriki is the best placed.

He says those in power should not neglect the Opposition because of their political stand.
Counties
2 weeks ago

11-member PSC is country's most superior and plum commission with array of privileges.
News
2 weeks ago
Post a comment
WATCH: The latest videos from the Star
by MARTIN OMBIMA @OmbimaPatrick
Western
18 September 2022 - 22:00
Read The E-Paper