Concern over rising cases of child trafficking in Kakamega

Majority of the trafficked children end up in child labor, prostitution and early marriages 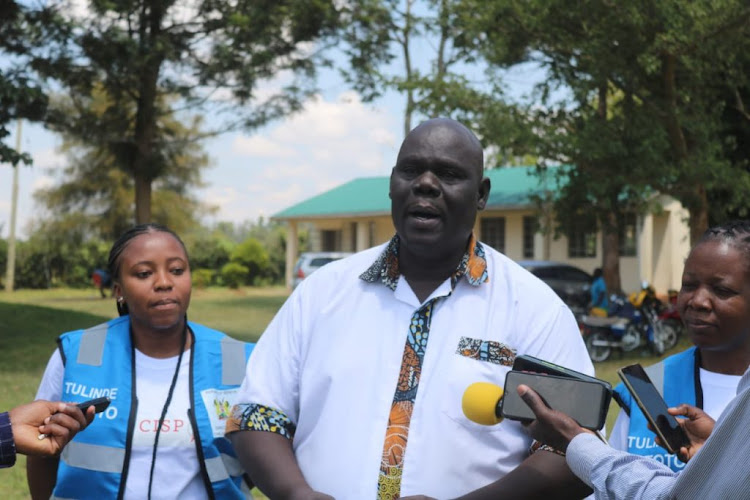 There is concern over the rising cases of child trafficking in Kakamega county.

According to the county children’s office, at least 10 such cases are reported in the county annually.

The majority of the trafficked children end up in child labor, prostitution and early forced or arranged marriages.

County director for Children’s Services Geoffrey Musoko revealed that the number could be higher since many child trafficking cases rarely make it to the authorities.

He said the cases that go unreported are majorly due to intimidation and fear of victimisation from those involved in the trafficking.

“In the last year alone, we have received ten such cases but I understand that many others don’t reach our office because people are terrified of the traffickers. But we are asking them to speak to save our children,” said.

He warned the public against misusing and abusing the rights of children and called for a wholesome commitment to making the life of all children better.

“In any given society, children are the foundation of the future. We must nurture them into what we envision for our societies and support them into becoming better and beneficial people to self and society,” he said.

He encouraged parents and guardians to teach their children simple ways of reaching for help including having them memorise phone numbers and helplines to use whenever they encounter abuse or get lost.

He urged all stakeholders including caregivers, parents, teachers and the public to ensure the children are safe from trafficking.

“We are asking all these players to help monitor our children. We must be respecters of our children to allow them to grow up into productive citizens,” he said.

The official asked teachers and school heads to beware of strangers who turn up at the institutions seeking to pick up children on behalf of parents.

According to the Committee for Development of People Kenya,  common trafficking cases include ferrying children from their homes, schools and other safe spaces and subjecting them to child labor and other maltreatment.

The programme coordinator at CISP Ester Waduu noted that other common forms plaguing Kakamega County include prostitution and early marriages.

She said they continue to engage the community through various initiatives to enable child protection and for the communities to speak out against child trafficking and abuse in any form.

“We are asking the community to work together with related bodies and agencies to keep our children safe," Waduu said.

"We are reminding people to make use of the toll-free child line 116. Call in anytime you witness a child in distress and there will be prompt action to help that child."

Duo said to have conspired to traffick the baby for purposes of exploitation.
News
1 year ago

Elizabeth Litonde is suspected of masterminding disappearance of school children who are sold as slaves.
News
3 months ago

Sh50,000 only: Buying a baby on Nairobi's black market

"Yes, they are used for sacrifices. These children just disappear from the streets."
News
1 year ago
Post a comment
WATCH: The latest videos from the Star
by CHETI PRAXIDES Correspondent,Coast Region.
Western
18 September 2022 - 22:00
Read The E-Paper