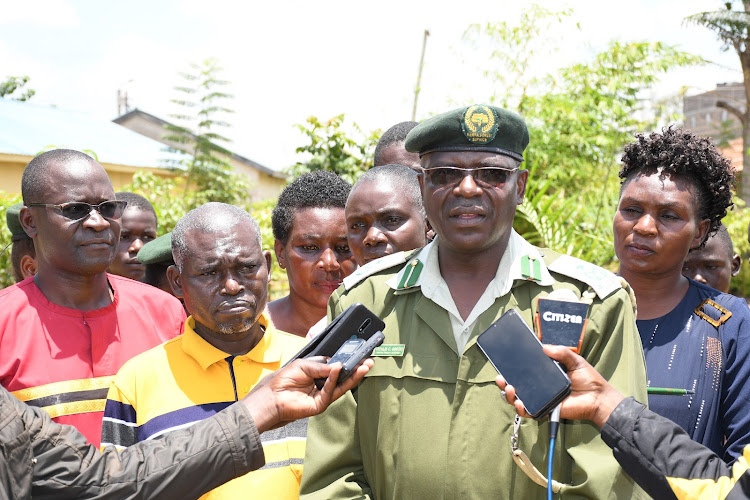 The Education and Lands ministries should move with speed to ensure all public schools have title deeds, a Kenya Forestry Service officer has said.

Busia chief conservator Vitalis Osodo said ownership wrangles between individuals or communities with learning institutions are among the issues clawing back development in schools.

The officer was speaking at Malaba Township primary school during a tree planting exercise on Friday.

Osodo said unless land ownership troubles in schools in solved, some programmes such as tree planting – a key component in the fight against climate change may not be realised.

Tree planting in some schools particularly in Busia, he said, had partly failed because communities believe that land belongs to them and turned schools into grazing grounds.

“Land ownership is an issue in schools and that is why most of these schools are being encroached and the issue has affected tree growing because most of the trees are browsed on by livestock,” Osodo said.

“Again, some of the schools are not even fenced and even when they fence them, the community members cut down the fences to allow their livestock to get in and graze."

Osodo said KFS will strive in the realisation of its mandate of ensuring learning institutions take part in the fight against climate change through the planting of trees.

The school tree planting programme, he said will also be rolled out to communities as the world continues to fight the adverse effects of climate change. 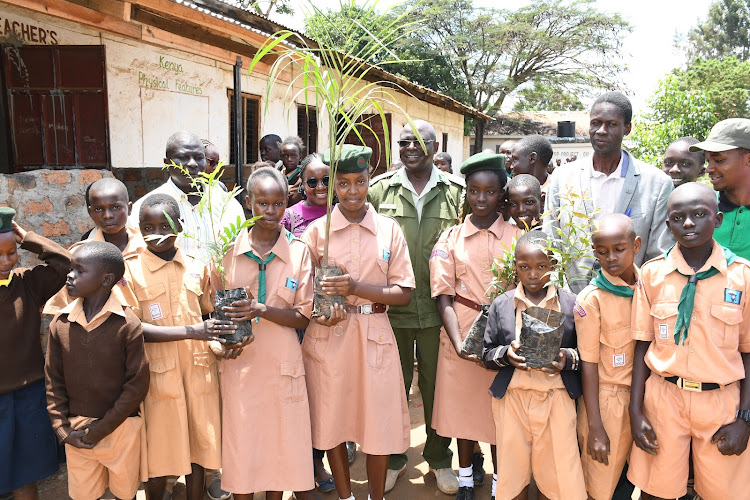 ACTIVE LEARNERS: Mr Osodo posses for a photo with some of Malaba Township primary school scouts and girl guides members when they planted trees at the institution on September 16, 2022.
Image: EMOJONG OSERE

“Our mandate as KFS is to ensure that we conserve, protect and increase the forest cover for the benefit of our future generation and ensure the effects of climate change are reduced,” he said.

“So far in Busia, this year we managed to raise three million seedlings and as we speak, half of the seedlings have already been planted and we are optimistic that our tree cover is going to increase.

“By the end of this short rain season, we expect that we would have planted the three million seedlings and probably our tree cover which is at the moment at 3.5 per cent will increase to around five percent.”

He called on partners engaged in the conservation of the environment to act swiftly and support the tree planting programme.

“As far as the planting of trees in institutions is concerned, I would like to echo our partners because KFS cannot work alone to ensure that tree planting is done at the right time and in the right way so that we can achieve our goals because now we are looking at 30 per cent tree cover,” Osodo said. 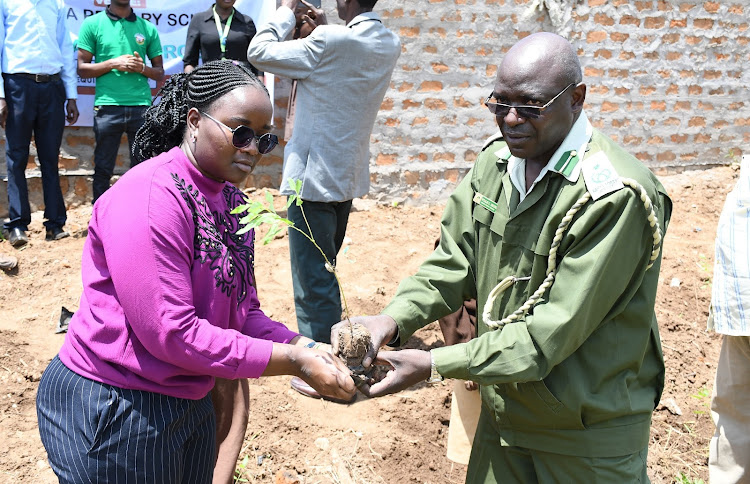 Among the partners, KFS is working with is the Dedan Kimathi Foundation which has actively been engaged in the greening of the environment.

Other partners are Equity Bank, Absa and Kenya Commercial Bank.

Osodo said with the new government, KFS wants to see to it that the government institution initiates a school greening programme where learners will plant trees as an academic activity.

Colourful songbirds could be traded to extinction

Researchers say breeding birds in captivity for the trade could help.
News
2 weeks ago