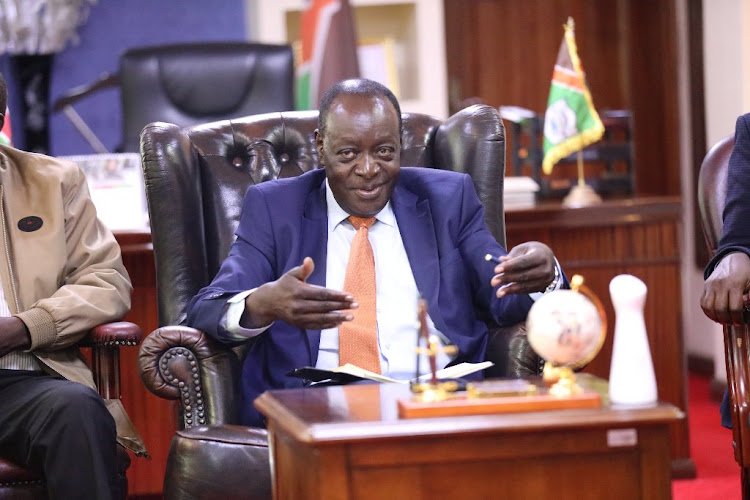 Vihiga Governor Wilber Ottichilo has urged residents to turn up in large numbers on August 9 and vote for him.

Ottichilo said Kenya can only have good leadership if voters turn up in good numbers to elect their preferred candidates.

He said failing to vote will be creating an avenue for rogue leadership to take over.

“Kenya needs sober leaders who can reason and lead the country to another level and we can only get them by voting for them," he said.

He said Azimio presidential candidate Raila Odinga is the best Kenya can have to succeed President Uhuru Kenyatta.

“However in order for Odinga to ascend to power, we must show up on August 9 and vote for him in large numbers to give him a solid win in round one," he said.

"Failure to show up then means we are passing the leadership baton of this nation into the wrong hands."

He said under Raila's leadership the treasury will increase funds to devolved units which will be a catalyst for more development at the grassroots.

Ottichilo said Raila will further strengthen the devolved units and edge out corruption to ensure Kenyans are enjoying service delivery within the counties.

His sentiments were echoed by nominated MP Godfrey Osotsi who urged residents to turn up and elect him as their senator.

The governor said anybody is entitled to lead but they should first work on their anger management and lead their supporters away from violent tendencies.

He urged politicians to desist from smear campaigns and violence because it may lead to voter apathy on election day.

Vihiga is divided into the major sub-clans of Bunyore, Maragoli and Tiriki whose votes will decide who wins
Counties
4 months ago