Says the stability of the country depends on how electoral agency will manage the election.

• The Lugari MP urged politicians to conduct peaceful campaigns to ensure stability in the country during and after the polls. 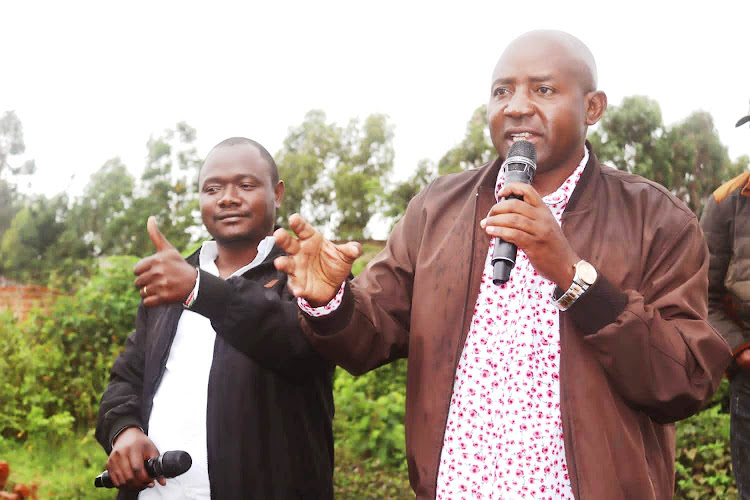 He said the stability of the country depends on how IEBC manages the election.

The remark is a departure from an earlier stand by Azimio la Umoja-One Kenya Coalition leaders who have been accusing the electoral agency of opaqueness in its preparations for the polls.

Savula said any risk factor in the management of the polls can plunge the country into chaos similar to the post-poll violence of 2007-08.

“We shall hold the commission responsible for a non-transparent free, fair and verifiable election and IEBC should therefore be serious with this election,” Savula said.

He was speaking in Indangalasia, Matungu constituency, during campaigns on Monday.

The Lugari MP urged politicians to conduct peaceful campaigns to ensure stability in the country during and after the polls.

“We must not behave as though elections are the end of life. There is life after elections and we have generations that must find a place to live in,” he said.

The electoral agency has been embroiled in controversies with security agencies over the acquisition of electoral materials.

Inspector General of Police Hillary Mutyambai and IEBC chairman Wafula Chebukati on Friday announced they had resolved all issues between the two agencies and committed to work together.

The government has been running programmes across the country targeting youth to promote peace during the campaigns.

We urge voters to think with their heads and not hearts when making their choice of leader.
Opinion
2 weeks ago

Wiper leader want sclarity, precision and information on the role of the three Venezuelans in the polls
Counties
2 weeks ago

Mudavadi said IEBC should be allowed to conduct the process freely.
News
2 weeks ago
“WATCH: The latest videos from the Star”
by HILTON OTENYO Correspondent, Western Region
Western
02 August 2022 - 22:00