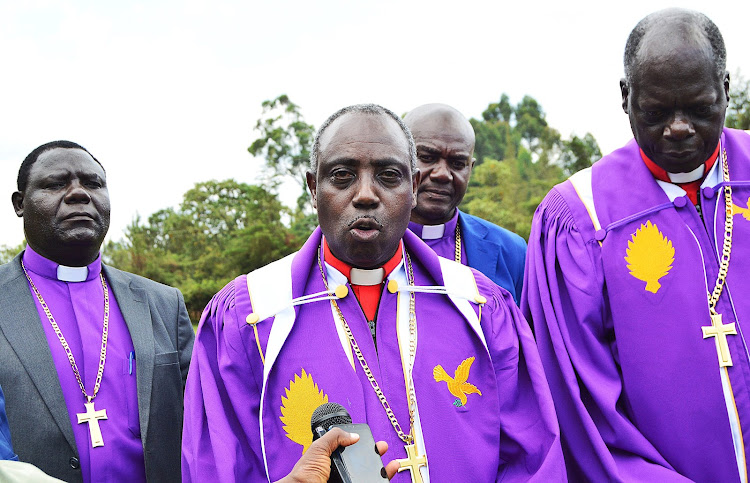 The Full Gospel Churches of Kenya Western region clerics have asked the church to remain neutral in the ongoing campaigns and pray for peace.

The clerics were speaking at Murhanda Secondary School in Kakamega on Saturday, during the consecration of Reverent Ibrahim Gitau as the new Bishop for Kakamega East subcounty.

“As a church, we should not take sides by declaring that we belong to Azimio or Kenya Kwanza, instead we need to pray that the will of God may be done because leadership comes from God," Odinga said.

They called for peace as the country enters the homestretch to next month's general election.

Odinga urged politicians to exercise tolerance with each other and desist from using abusive language against their opponents.

“On behalf of the Full Gospel Churches of Kenya, I wish to appeal for peace," Odinga said.

"Let’s maintain peace and desist from uttering bitter words that can cause violence among politicians and their supporters."

He said Kenya is one and the country should remain united during the campaigns, election and after.

“We should never again witness blood poured because of election, bitter words and quarrels between politicians and their supporters,” Odinga said.

They called upon all the institutions involved in the election including the Independent Electoral and Boundaries Commission and security agencies to work without fear or favour.

"God loves Kenya and will give this country the kind of leaders he wants."

Bishop Induli said Kenyans should express their patriotism and constitutional right of voting and exercise peace. 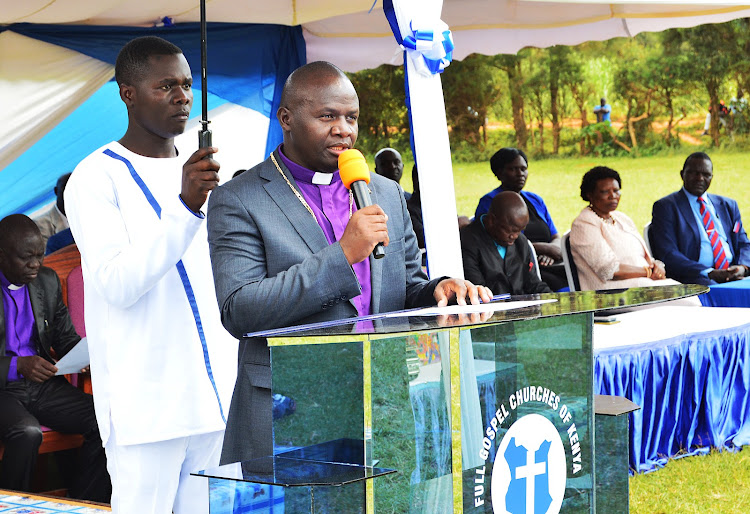 Rev Ibrahim Gitau speaking after being consecrated as the new Bishop for Kakamega East subcounty on Saturday
Image: CALISTUS LUCHETU

NCCK secretary general says the clergy handle congregants who are skilful in different fields, and they need to follow suit.
Counties
4 months ago