Akaranga and Khaniri have failed Vihiga, reject them — Agoi 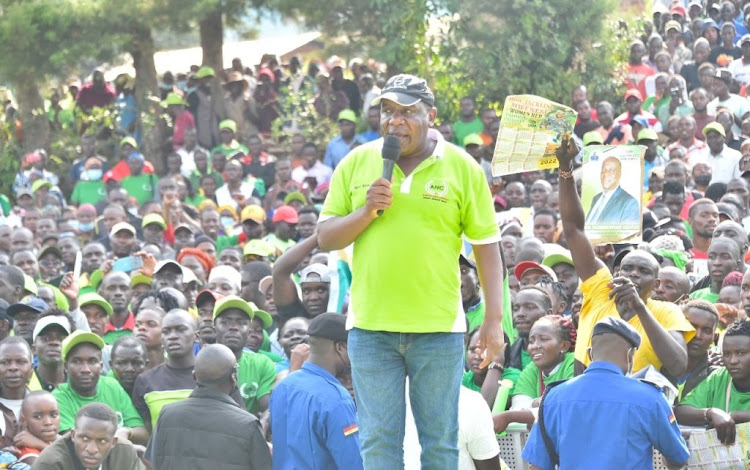 The MP was speaking at a Nyole FM, a local FM station in Vihiga on Saturday.

Agoi said Akaranga lost to Ottichilo because he failed to deliver as per his manifesto.

The Sabaitia MP said Akaranga had all the resources while in office to retain the seat but he lost it.

The lawmaker further blasted the UDP gubernatorial candidate Khaniri saying he has contributed largely to the downfall of Vihiga county by failing to play his oversight role.

“So when you fail in your roles of oversight how will you be able to run the county. Khaniri was elected as the Vihiga senator twice to perform the oversight roles,” Agoi said.

“He can’t come here to tell us how the two governors have failed to deliver when he failed to keep them on toes.”

He also said the Senator failed to hold the county bosses to account when misappropriation of public funds occurred.

He said Khaniri’s role was to ensure Vihiga people get quality services from the devolved unit through the allocation they are getting from the Treasury.

Agoi has joined the governor race under Kenya Kwanza Alliance and he is set to face off the incumbent Ottichilo, Akaranga and Senator Khaniri.

However, Ottichilo has on several occasions dismissed Agoi and Khaniri citing them as non-starters in the race.

“Politics is not just making noise, it is about planning and aiming at numbers. Those who think they are going to unseat me are daydreaming,” he said.