• One of the last outbursts involving the two leaders was on July 6 when Ruto hit out at Raila over his stand in the war on corruption.

• A week earlier Raila had hit out at the DP for selectively taking credit for the successes the Jubilee regime has achieved. 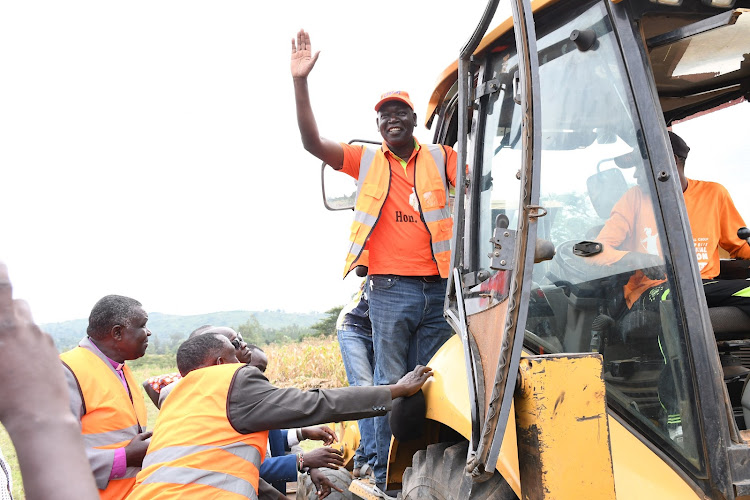 Teso North MP Oku Kaunya during the groundbreaking ceremony for the construction of an administration block and four lecture halls for NYS institute at Osasame in Malaba North ward on July 18, 2022.
Image: EMOJONG OSERE

The MP said recent public outbursts between the two leaders will only divide Kenyans more at a time citizens are yearning for unity as the election day draws near.

“I want to urge our top leaders, especially our ODM leader Raila and DP Ruto to engage in politics that will not divide Kenyans,” he said on Monday.

“They should not engage in campaigns that promote divisions in the country.”

The first-time MP was speaking in Osasame, Malaba North ward, during the groundbreaking ceremony for the construction of an administration block and four lecture rooms for the proposed Achiya Echakara National Youth Service training institute.

The administration block and lecture rooms will be constructed courtesy of the National Government Constituency Development Fund, the MP said.

The institute, after completion of the buildings, will be handed over to the NYS.

“The reason President Uhuru Kenyatta and Raila did a handshake is because politically they were opponents but they shook hands because they wanted to show Kenyans that despite their political differences, they can work together and by working together, Kenya will win and all Kenyans will benefit,” Kaunya said.

“Raila and Ruto should do the same.”

The MP spoke as Raila and Ruto’s presidential campaigns entered the homestretch.

Raila has been urging Kenyans to reject Ruto at the ballot because of what he describes as the DP's inability to fight corruption.

On the other hand, Ruto has been urging voters to reject Raila on polling day because he is "too old" to lead a country with an ailing economy that the DP says needs youthful blood to jumpstart.

One of the last outbursts involving the two leaders was on July 6 when Ruto hit out at Raila over his stand in the war on corruption.

Ruto, who was speaking in Sololo, Marsabit county, said Raila has been dining with the corrupt and is even using the proceeds of graft to conduct campaigns.

“Stop talking about corruption while you are the one protecting governors who have stolen public money. You protect them so that you can share the money they have stolen.”

Ruto spoke a week after Raila hit out at the DP for selectively taking credit for the successes the Jubilee regime has achieved.

The ODM leader told the DP off for faulting the government he serves, after his falling out with his boss, the President, despite him refusing to resign.

“It is unfair, really, to blanket-blame the government by somebody who is earning a salary, has an over 250-man security detail, is using government vehicles and equipment to do campaigns, to come out and say he is not in government,” Raila said on June 29 at a joint interview with his running mate Martha Karua.

“The decent thing that most responsible people do is resign. That is what Bildad Kaggia and Jaramogi Oginga Odinga did. You can’t blame the same government while earning a salary from it. If that is not hypocrisy, I do not know what is.”

Kaunya said the project is vital since it will come with a range of benefits for the local community.

“This project is good for this community because it will give the youth an opportunity to get training right here instead of travelling to far places like Gilgil,” the MP said.

The MP urged his opponents in the Teso North MP race to engage in peaceful campaigns.

“I want to urge those I'm competing with to do peaceful campaigns. We have to respect one another as aspirants,” Kaunya said.

“There is no need to get involved in violence and we should not entertain drunkenness and fighting among the youth as we continue with campaigns.” 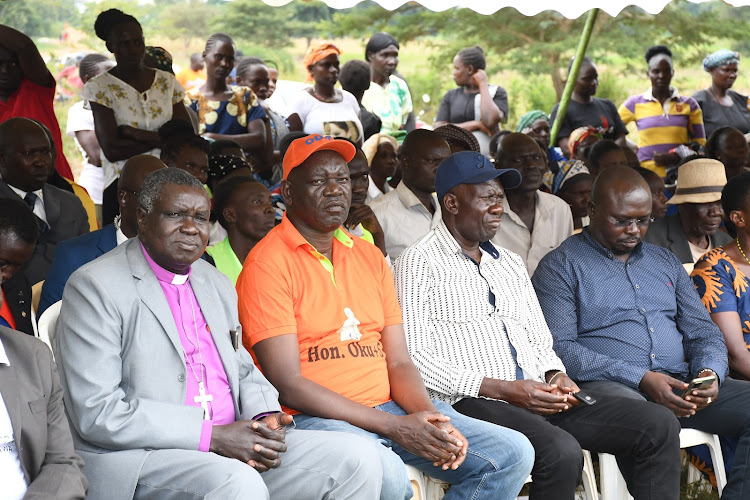 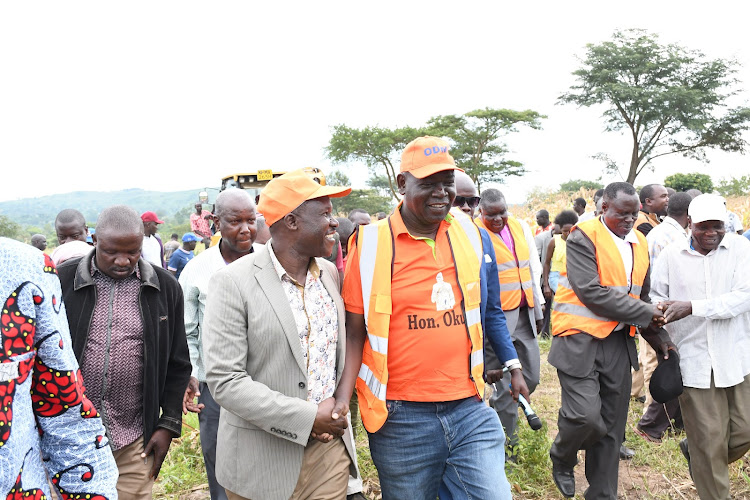 On Monday, Ruto campaigned in Nairobi county.
News
4 months ago