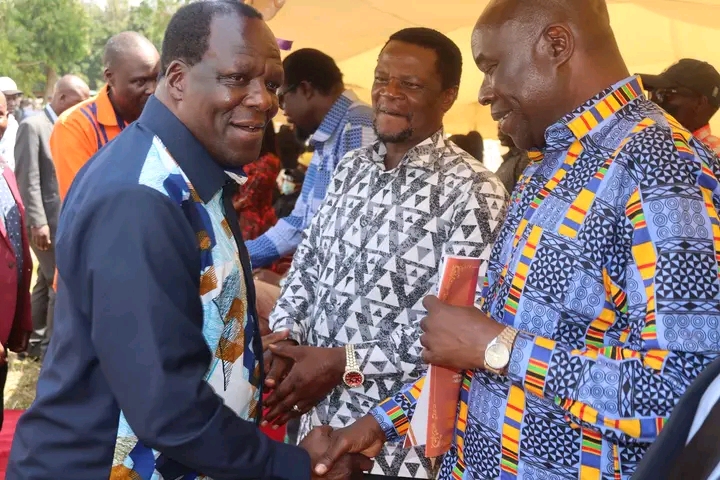 Waluke noted that Raila has always supported devolution and he should be given a chance to serve the nation.

"The ODM boss is the father of devolution. If given the chance to be the President he will do much better to save the country and revive the economy," he said.

Waluke was speaking on Wednesday in Khachonge village during the burial of Nicholas Wangamati, brother to Bungoma Governor Wycliffe Wangamati.

He said he was once the UDA chairman in Bungoma county but ditched the outfit after sensing that they will lose to Azimio.

Waluke revealed more reasons why he left the DP Ruto-led alliance by citing his discomfort in working with one of the alliance's top honchos, Bungoma Senator Moses Wetang’ula.

“In 2007, Wetang’ula intimidated me when I was competing with him for the Sirisia MP seat before it was partitioned into Sirisia and Kabuchai constituency," Waluke said.

DAP-K leader Wafula Wamunyinyi said the Azimio team has put in place a plan to ensure Senator Wetang’ula is defeated in his quest to retain his Bungoma Senate seat.

“We should all listen to what the President told us on Tuesday while issuing the title deeds. We should vote for Raila Odinga, because before the President makes such a bold step to back the former prime minister he is aware and knows why he is the best to succeed him,” Waluke said.

"I will do my job until the last minute. Where do you want me to retire to?" -Uhuru.
News
2 months ago