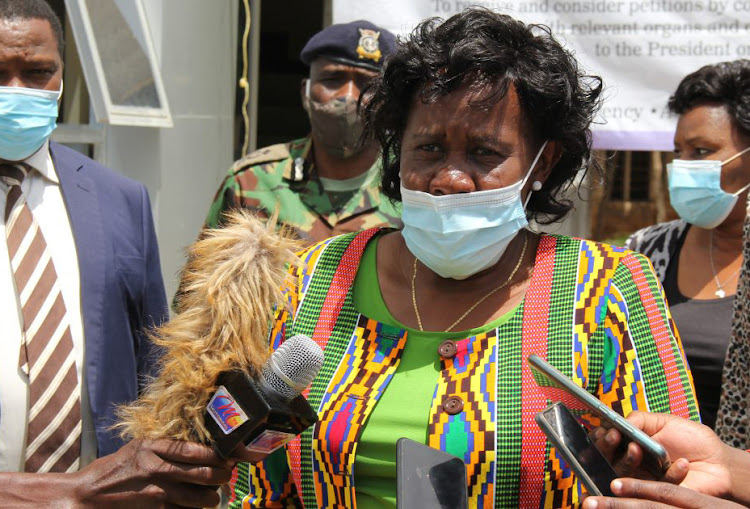 The Power of Mercy Advisory Committee is working with the office of the DCI to consider the fate of reformed convicts so that they can continue with their normal lives.

Speaking during a validation of a draft Power of Mercy policy/bill at Busia Agricultural Training Centre on Monday, POMAC chairperson Dr Lydia Muriuki said those who were convicted at a youthful age cannot get gainful employment since their fingerprint records were taken by the DCI.

“Why don’t we give these people a benefit of doubt so that they can get jobs,” she said, adding that only rapists and defilers should be exempted.

She further said the plight of single parents and the terminally ill convicts is also being considered under humanitarian parole.

“We are also proposing that those who have completed their jail terms or released under the Presidential Power of Mercy but are rejected by the community should have a special home established for them until the home environment becomes favourable,” she said.

The chairperson at the same time said the committee is also considering the process of decentralisation of the petition process of those inmates wishing to be released under the presidential power of mercy.

Participants at the forum urged the committee to consider the vulnerable convicts like expectant mothers and the terminally ill when making decisions on those to be released under the Presidential Power of Mercy.

The Deputy Commissioner General of Prisons Florence Omondi said release of such mothers will be a big relief to their children.

Omondi commended prison officers for doing their work diligently and urged the local community to accept convicts back to their homes once they have reformed.

The committee which is chaired by the Attorney General, is mandated to advise the President on the exercise of the Power of Mercy, a prerogative power conferred upon the President by the constitution and entails granting pardon to reformed and rehabilitated convicted criminal offenders deserving early release from prison, Review of laws relating to the exercise of the Power of Mercy under Article 133 of the constitution.

The team is scheduled to visit Kakamega county and later Trans Nzoia with Busia being the first out of the expected 24 counties where the validation exercise is being carried out after collection of public views last year.

Ephantus Kiura, is alleged to have killed his mother using a blunt object
Counties
2 months ago

1m trees to be planted at Homa Bay prison

To be sold when they mature and the money given to inmates at the end of their jail terms.
Counties
2 months ago

The release of  those who have served less than three months is also in cognisance of their probation report
News
2 months ago
“WATCH: The latest videos from the Star”
by KNA
Western
05 July 2022 - 22:00