No rallies for candidates whose supporters cause chaos 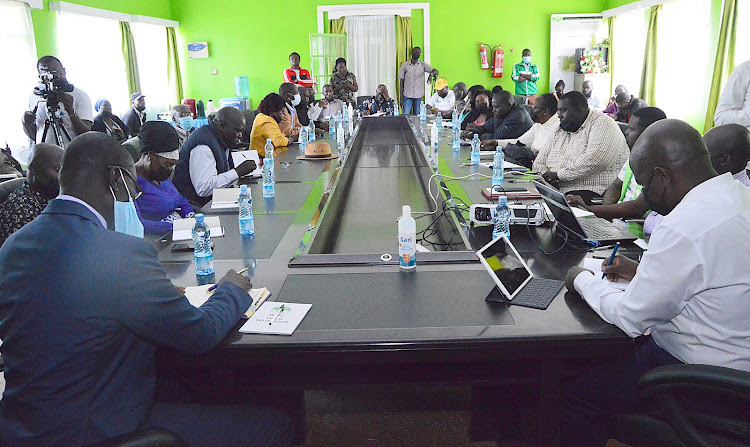 Kakamega county commissioner John Ondego (with a hand on his head) and the IEBC returning officer for Kakamega county Joseph Ayatta in a meeting with the candidates for various positions at the IEBC office, on Wednesday, June 22, 2022.
Image: CALISTUS LUCHETU 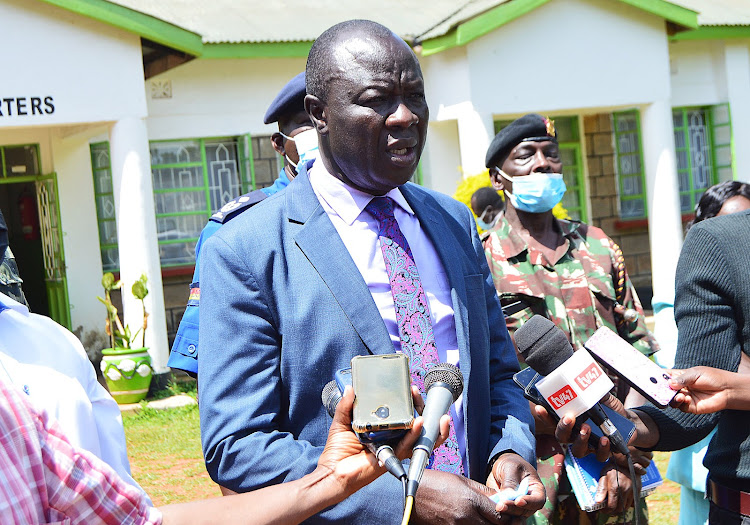 Kakamega county commissioner John Ondego addresses the media after a meeting with the candidates for various positions at the IEBC office, on Wednesday, June 22, 2022.
Image: CALISTUS LUCHETU 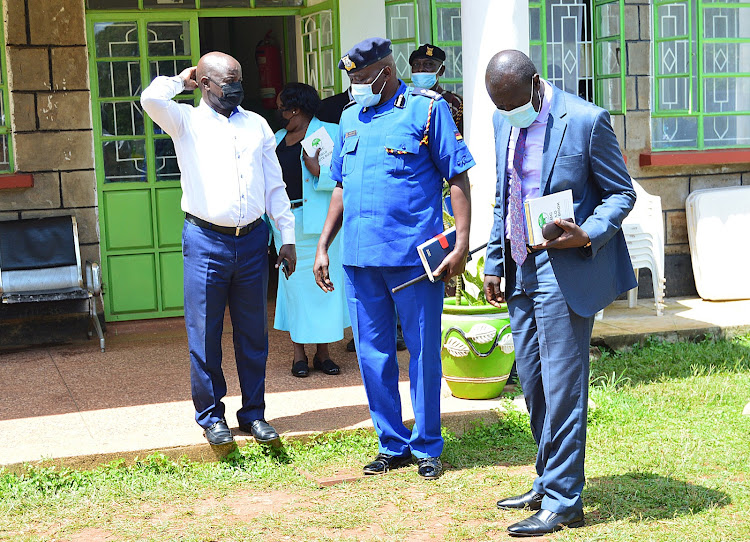 Politicians seeking various elective seats in Kakamega must conduct peaceful campaigns or authorities will stop them from holding rallies.

County commissioner John Ondego on Wednesday warned the politicians against violating the electoral code of conduct during their campaigns, saying rallies will be suspended for candidates whose supporters cause chaos.

Ondego was speaking during a meeting with candidates running for governor, senator and woman representative positions.

The meeting was hosted by the county IEBC returning officer Joseph Ayatta at the IEBC offices in Kakamega town.

The administrator said all the candidates had signed the elections code of conduct which has laws and guidelines that should be adhered to during their campaigns.

"This county has no place for those who are out to break the law by disrupting the campaigns and causing chaos during and even after the election," Ondego said.

"We have put measures in place as concerns security of both the candidates and the public, and the police shall continue conducting patrols all over the place.”

He added that the politicians will be required to give notice to the OCS of the areas in which they will be campaigning so that there is no clash between supporters of different candidates during the campaigns and also to provide appropriate security.

The returning officer Ayatta said the candidates had the responsibility to conduct themselves and their followers in a peaceful manner during their campaigns, failure to which may attract suspension.

Ayatta  further said vandalism of opponents’ posters and hooliganism will attract stern action from the IEBC and the security agencies.

He said there are various concerned groups involved in the whole electoral process to ensure the campaigns are peaceful and within the law.

“We have monitors from National Cohesion and Integration Commission, Office of the Registrar of Political Parties, NIS and other agencies with special gadgets to record any evidence of those going against the election laws," he said.

Let elections be battle of ideas

The security services should forestall violence at political rallies because elections should be a battle of ideas, not of brute force.
Opinion
4 days ago

Chebukati has asked all candidates to observe peace ahead of polls.
News
5 days ago
“WATCH: The latest videos from the Star”
by CALISTUS LUCHETU Correspondent, Kakamega
Western
23 June 2022 - 22:00