He is set to battle it out with other 13 candidates on the ballot come August 9 general election. 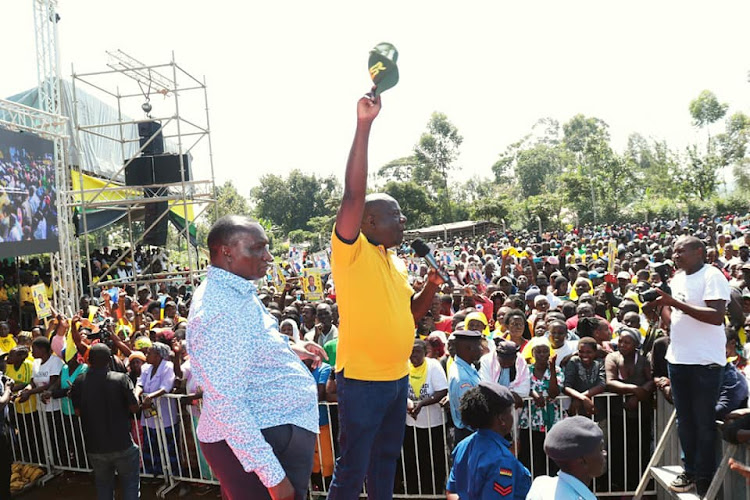 Mwenesi has since been shortlisted for the nomination slot to the Senate under the UDA.

Speaking to the Star via the phone on Sunday, Swadi said it's time for ANC leader Musalia Mudavadi to support UDA candidate.

He is set to battle it out with 13 other candidates who are seeking to succeed the incumbent Senator George Khaniri.

Khaniri declared his interest in the governor seat and is set to face off with Governor Wilber Ottichilo, who is seeking re-lection.

"Mudavadi should sacrifice the ANC candidate, who is not even popular," Swadi said.

"I have always been loyal to Mudavadi, since I started serving as a councillor in Nairobi and as an MCA of Kabwareng ward in Nandi county for two terms,"

Swadi was elected as MCA in 2013 under UDF and was re-elected in 2017 under ANC, both led by Mudavadi.

He said he was shortchanged by ANC in the matter of regional balancing.

"If the party leader wanted to balance the region, he could have left the governor seat to the Bunyore and given the senate seat to the Maragoli," he said.

He said Mudavadi's plan to balance the region with weak candidates has left him with no choice but to seek an alternative for political survival.

ANC has picked Kennedy Butiko from the Bunyore sub-tribe as their candidate for the senate seat. ODM has fronted nominated MP Godfrey Osotsi.

Osotsi and Butiko hail from Bunyore which has a vote basket of more than 103,000
Counties
2 weeks ago

Ruto in Vihiga as ANC, UDA candidates fight for supremacy

The DP is set to start his rally in Kidundu stadium in Vihiga county.
Counties
2 weeks ago

Mwenesi said she chose to drop out of the race to avoid infighting within Kenya Kwanza.
News
2 weeks ago
“WATCH: The latest videos from the Star”
by MARTIN OMBIMA @OmbimaPatrick
Western
20 June 2022 - 22:00