Cites several incomplete projects, despite the county receiving billions from the national treasury 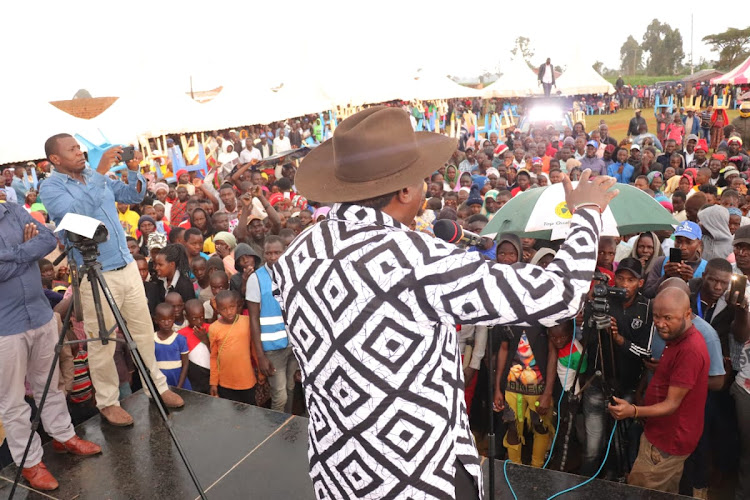 Trans Nzoia Governor Patrick Khaemba was elected on the Ford Kenya ticket in 2013 and was reelected in 2017.

"You are a very big letdown to this county," the CS said.

Eugene has thrown his weight behind former Rift Valley regional commissioner George Natembeya, who is vying under the DAP-K ticket.

Eugene told residents to reject Ford Kenya candidates saying they are to blame for the county's slow pace in development since the advent of devolution in 2013.

He cited several incomplete projects, despite the county receiving billions in revenue allocation from the National Treasury.

“Trans Nzoia has received over Sh100 billion but there is nothing to show for it. The county teaching and referral hospital is not done. The modern market and bus park are also incomplete two months to the end of Khaemba’s term," Eugene said.

“The Ford Kenya leadership presided over misuse of devolved funds which ended up in pockets of people. Reject another Ford Kenya candidate in order to realise development."

The CS said he was shocked to see the county leading from the bottom in development, which he said was due to the bad leadership by Ford Kenya leader Moses Wetang'ula.

Eugene was accompanied by Natembeya, county assembly speaker Joshua Werunga, who is seeking the senate seat on a DP-K ticket.

Werunga promised to prioritises the acquisition of land from the Agriculture Development Corporation to settle thousands of squatters in the county.

"This nation cannot develop if we will not empower our people financially. We must do something to improve the lives of the poor,’’ he said.

Wafula exuded confidence that Azimio candidate Raila Odinga and all those in the jumbo coalition will be victorious in the August polls.

He urged residents to vote for Natembeya saying he can curb corruption and spur development.

Natembeya said many of the problems facing the county stem from voting in bad leaders.

"I am confident that we will move in the right direction on August 9 and restore our economy, deliver services to our people and improve their livelihoods,’’ Natembeya said.

He said if elected, he will restore the lost glory of the county making it the best.

“The ailing economy of this county is as a result of poor leadership. I’m asking for your votes to resuscitate our economy." 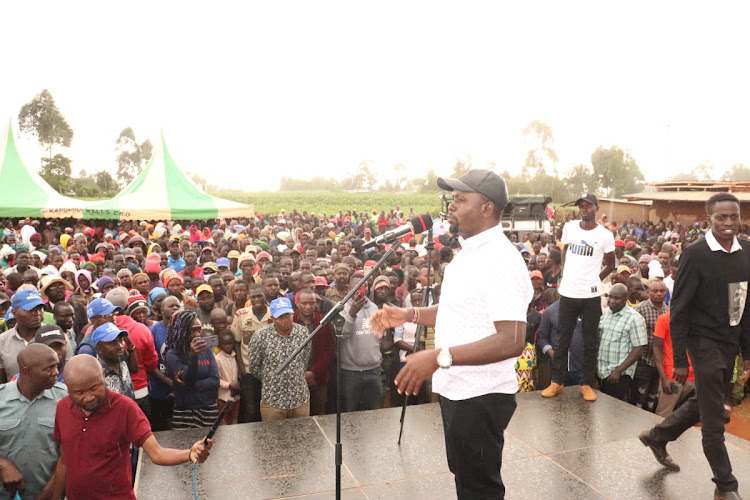 Eugene hits out at Khaemba in Trans Nzoia burial

•Eugene accused the governor of neglecting the needs of the people of Trans Nzoia, whose hopes in the devolved system have been dashed. •Khaemba ...
Counties
3 months ago

Bungoma Senator and NASA co-principal Moses Wetang’ula is politically irrelevant after he failed to go for the presidency, Water CS Eugene Wamalwa ...
Counties
5 years ago
“WATCH: The latest videos from the Star”
by DAVID MUSUNDI
Western
20 June 2022 - 22:00