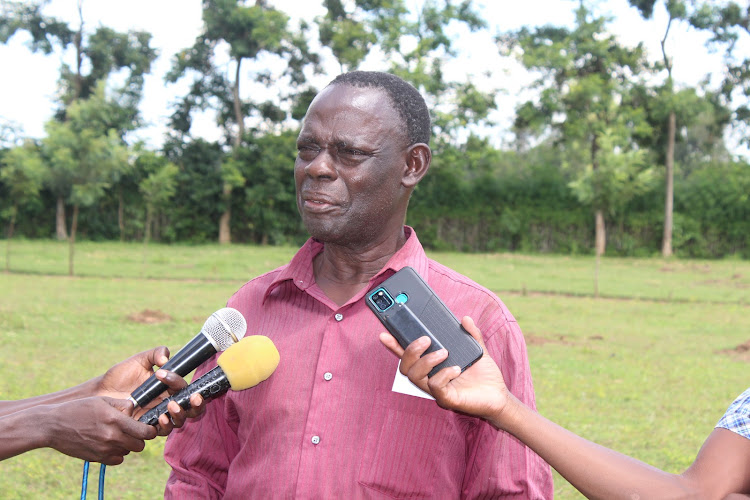 George Matete addressing the press at his farm on June 7
Image: TONY WAFULA

George Matete from Bumula constituency, Bungoma county, is a retired teacher practicing agroforestry and mixed farming to sustain his family.

In an exclusive interview with the Star on Monday at his home in Kimaeti, Matete said he retired in 2014 after teaching since 1980. His last posting was at Kitigia Primary School in Bumula.

Matete said he concentrated on farming, where he plants maize, beans, groundnuts, soya, sukuma wiki and all kinds of fruits.

“I have partitioned my land into sections, where I plant all kinds of foodstuffs and fruits,” he said.

He said he sells the fruits at Kimaeti market and the surplus is used by his family.

Matete said he is a member of the Kimaeti Community-Based Organisation that mainly trains farmers on emerging farming technologies.

“Kimaeti CBO has helped me get new knowledge on farming. I want to urge young people who graduate from colleges and universities to be involved in agriculture instead of staying idle,” Matete said.

He said through farming he has been able to educate his nine children because the salary he used to get while teaching could not suffice.

“I want to encourage those who are employed in the private sectors and the government to invest in agriculture because it pays better if it's managed well,” he said. 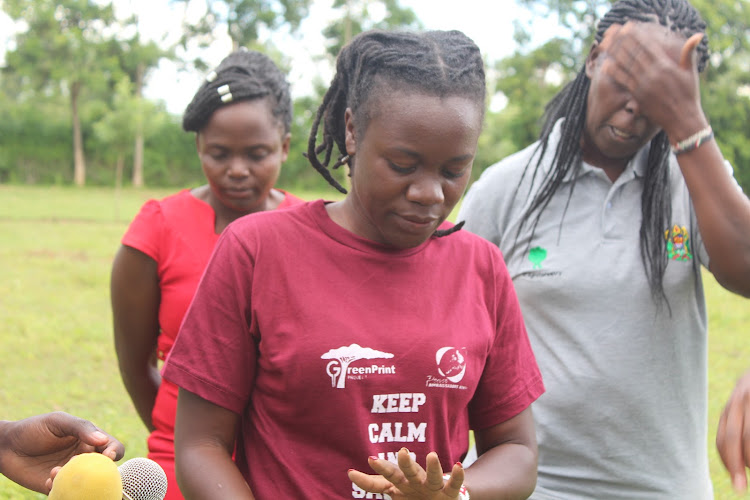 Matete said that he does not strain when constructing farm structures because his family benefits by using the remains as firewood.

He said before shifting to tree planting they used to plant sugarcane but it didn't pick up because of the collapse of sugar industries in the region.

He said trees are very important because they make the environment beautiful, control soil erosion, provide sheds and timber for construction as well as firewood.

However, he said apart from planting trees he also rare cattle which provides him with the milk which he sells to Bumula dairy.

He cited hiked prices of livestock feed, farm inputs and medicines as the challenge affecting farmers.

“Farm inputs prices have shot up. I have never purchased a bag of 50Kg fertiliser at Sh6,000, I ask the next government to keenly look into that issue and ensure farmers get subsidised rates for farm inputs,” he said.

He lauded the Participatory Ecological Land Management organisation for empowering Bungoma farmers with knowledge that has improved food production in the region.

On Sunday during the World Environment Day, Pelum coordinator Beth Omae, while planting 2000 tree seedlings in Kimaeti said Kenyans should be involved in tree planting to make the world better. 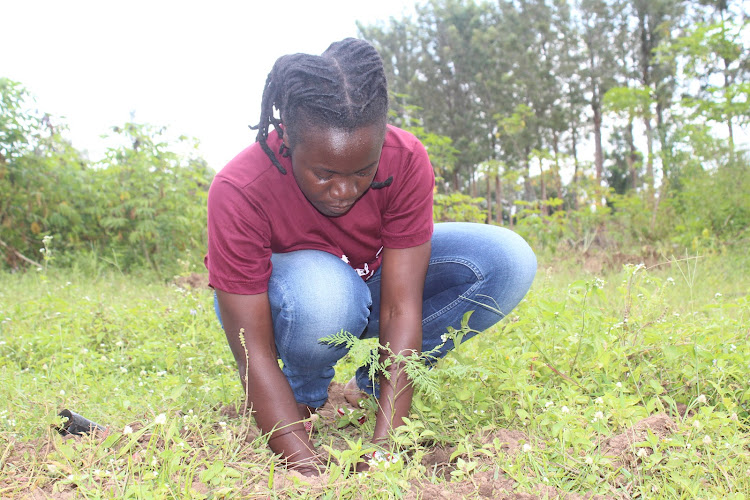 She said the organisation involved different stakeholders during the WED to clean towns and plant trees in regions.

Omae said Pelum also encourages farmers to use organic manure and minimise the use of pesticides.

She said pesticides have side effects on crops because the living organisms in the soil play a crucial role in realising a bumper harvest.

Robert Sawa, the director of water, environment and tourism in Bungoma urged farmers to consider planting grevillea trees saying it does not affect other crops because it's deep-rooted and doesn’t hinder the lightning.

County Nema director Vincent Mahiva said temperatures are going up because people are cutting trees without replanting while industries emit a lot of gases in the atmosphere.

Mahiva urged farmers to plant a lot of trees to help solve the problem.

“With an unfriendly environment human beings cannot survive, that is why I am encouraging farmers to plant more trees,” Mahiva said.

Mahiva also warned those interfering with water towers in Mt Elgon saying if caught they will face tough penalties. 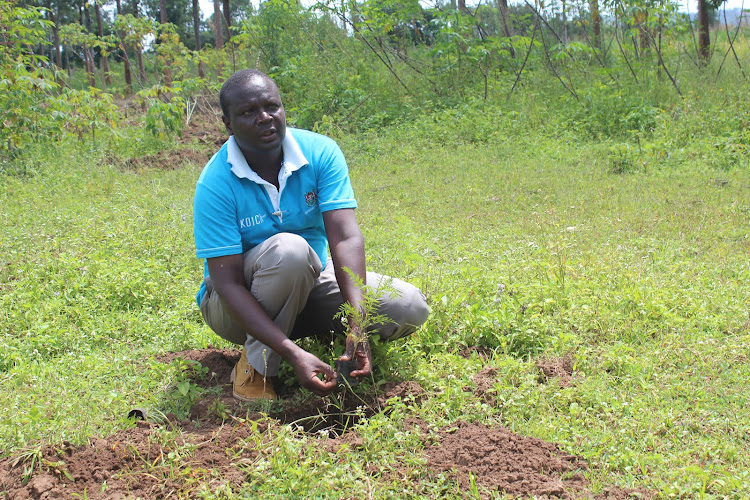 He also produces mango jam, premium bathing soap and lip balms with the help of his thirteen employees.
Counties
5 months ago