Malala must apologise or get no security, says NPSC boss

• Kinuthia said the remarks made by the senator were humiliating and were meant to belittle and undermine police officers.

• Malala is on record saying the police service should be reserved for idlers and school dropouts. 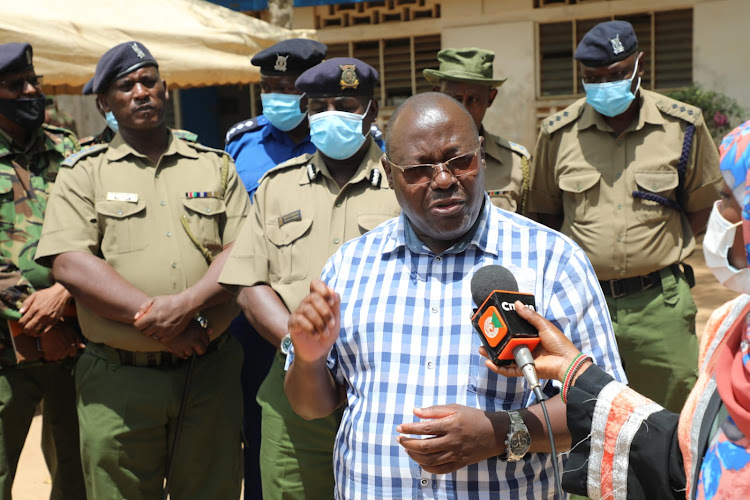 The National Police Service has withdrawn Kakamega Senator Cleophas Malala’s security detail until he offers a proper apology over the remarks he made about cops.

National Police Service Commission chairman Eliud Kinuthia said the remarks made by the senator were humiliating and were meant to belittle and undermine police officers, some of whom dedicate their lives to protecting him daily.

He spoke in Lamu on Sunday.

Malala has been in an awkward position over the last several days, following utterances he made during a Kenya Kwanza rally in Bungoma.

He is on record saying the police service should be reserved for idlers and school dropouts.

A video that has since gone viral captures the Kakamega governor aspirant saying the police job does not require a recruitment process as any healthy person who is not disabled can do it.

This loosely translates to “A police officer’s job is just to hold the gun. Does that need one to be educated? If someone is done with Form 4 and gets a C plus, let us take them to university for further studies. The job of a police officer is for people who quit school”.

The senator has since issued an apology but said his remarks were taken out of context.

But Kinuthia said the apology will not be accepted unless Malala directs it to the specific group he disrespected.

Kinuthia said the senator will not be allocated any police officer for his protection until he tenders a proper apology.

“He apologised to the disciplined forces instead of the police officers whom he disrespected. We have seen that and we reject it until he does a proper one. He ran to social media and did some general thing. That's not an apology,” he said.

Kinuthia said he held talks with Inspector General of police Hillary Mutyambai to have the senator remain without security until he tenders a proper apology.

“I have talked with Mutyambai over the same and the senator will not have any security assigned to him until he does the right thing and until we consider his apology satisfactory. You [Malala] will therefore walk around without police officers. You can take those Kakamega youth and dropouts to provide you security,” he said.

“My officers will not protect a politician who doesn’t respect them and what they do.” 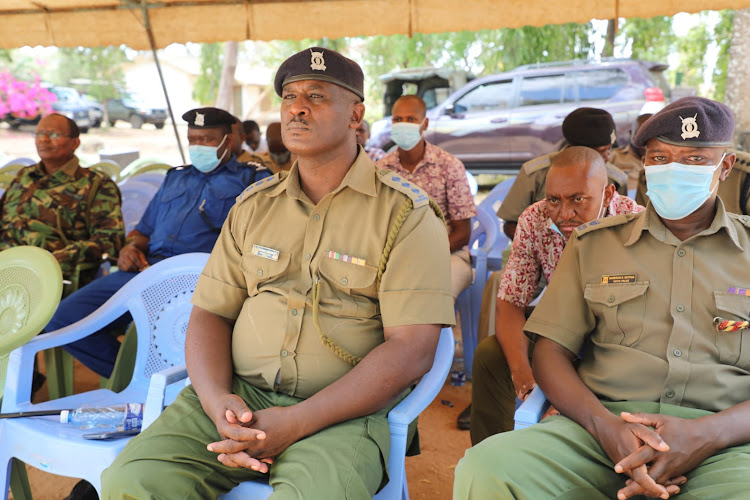 Police officers during the event in Lamu.
Image: CHETI PRAXIDES

Malala displayed his KCSE and University certificates and approval letter from CUE.
News
2 months ago

Malala had said the work of the police entails only holding guns.
News
2 months ago

I withdraw my remarks - Malala apologises to police officers

He said his remarks were taken out of context.
News
2 months ago
“WATCH: The latest videos from the Star”
by CHETI PRAXIDES Correspondent,Coast Region.
Western
31 May 2022 - 04:06