Mudavadi in Western to cripple Raila’s gains at his backyard

•“When we signed the 30 per cent deal, do you think we didn’t know what we were doing?” he posed.

Kenya Kwanza brigade has pitched camp in the Western region to ensure Raila Odinga's support from the region doesn’t yield fruits ahead of the August polls.

Speaking in Kakamega County, Mudavadi said they will deliver 90 per cent of the Western votes to Kenya Kwanza on August 9.

“We shall be here until the last minute to ensure we deliver victory to our alliance under our presidential candidate William Ruto,” Mudavadi said.

Mudavadi said they had delivered over 9o per cent of the votes of the Western region to Raila in 2007 and 2017 when the duo was supporting him.

He noted that the alliance is committed to ensuring Ruto wins in round one so that the country is saved from the burden of a run-off poll.

“We want to leave no one behind,” he said.

He told the residents that the community interests are well taken care of in the Kenya Kwanza Alliance.

He said the time for the Luhya people to be taken for a ride and treated as a stepping stone to the country’s top leadership was over.

"Time has come for the community to trust us. We have negotiated well for the community... When we signed the 30 per cent deal, do you think we didn’t know what we were doing?” he asked the crowd in Khwisero.

Tearing into the Raila Odinga candidature, Mudavadi pointed out that the Azimio candidate is on record saying that he will follow President Uhuru Kenyatta's governance footsteps, which he said had divided the nation.

“Raila has said that he will follow the footsteps of Uhuru. What this means is that what Uhuru has done for Mt Kenya is exactly what he is going to do for the Nyanza region. He has no plans for the Western region,” he said. 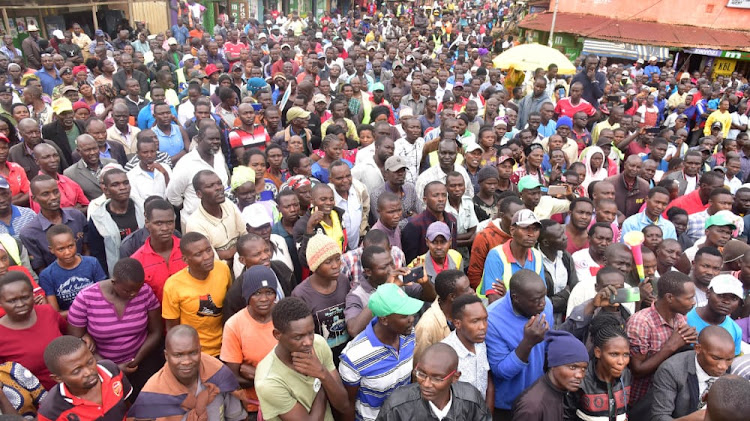 The ANC leader wondered why Uhuru Kenyatta was determined to have the community back the Raila candidature while the Mt Kenya region was firmly grounded in Kenya Kwanza.

He claimed that President Uhuru has been taking Raila for a ride to ensure that he does not win in the August polls.

Mudavadi claimed that Uhuru had foreseen the fall of Raila and that the President had hinted to him and Wetang’ula that when his time is up, he will retire together with Raila.

The team will be in the Western region counties of Vihiga, Kakamega, Busia and Bungoma for four days. 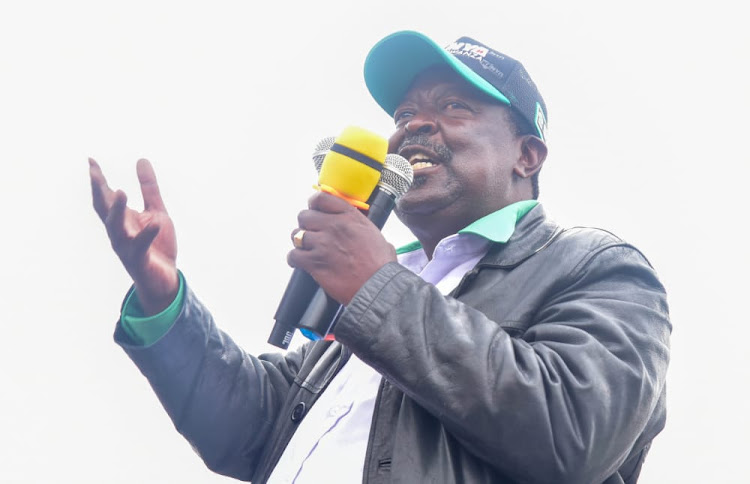 Mudavadi said the Western region is ready to deliver massive votes to the DP.
News
1 month ago

Mudavadi also lashed out at Uhuru for being selective in fighting corruption.
News
1 month ago

Ruto said Nakuru will get slots in the country's cabinet if he is elected President.
Counties
1 month ago

Kenya Kwanza promises the county Cabinet slot and 40,000 jobs for youth.
News
1 month ago
WATCH: The latest videos from the Star
by MARTIN OMBIMA @OmbimaPatrick
Western
25 May 2022 - 09:52