DEMAND TO BE HEARD

Protest in DAP-K after two hopefuls are awarded same certificates 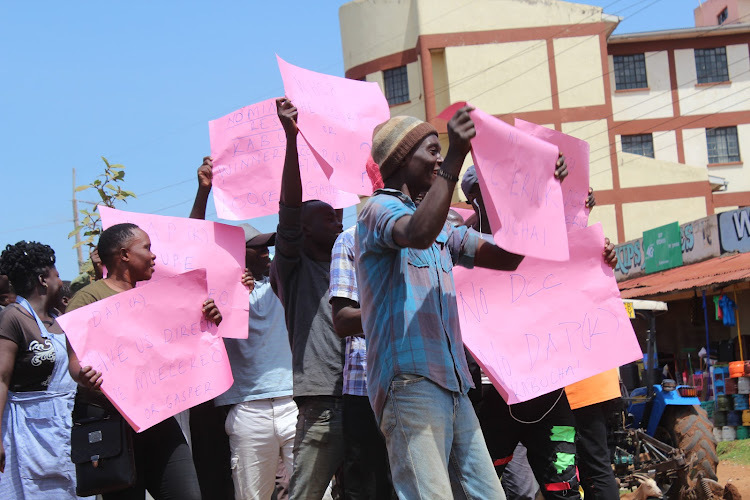 Confusion arose in the DAP-K in Kabuchai, Bungoma, after two parliamentary aspirants Erick Wanyonyi and Gasper Wafubwa were awarded certificates to vie for the seat.

“We are unhappy with how Wafula Wamunyinyi is running the party. Erick Wanyonyi was the first aspirant to show interest in the party," WanaKwanyi said.

"If no action is taken to rectify this injustice, we are going to withdraw our support for the party."

He said during the primaries by the party delegates, Wanyonyi got 47 votes against Wafubwa's 36.

“Even conducting the DAP-K primaries was impossible, forcing them to use a few delegates," he said.

"We want party patron Eugene Wamalwa and party leader Wafula Wamunyinyi to come and address us."

He alleges that Wafubwa dished out cash to the party officials to favour him for the certificate.

Wanakwanyi said they will continue with peaceful demonstrations until the party officials come out clearly on the issue.

“We will not stop until our demands are heard, we have supported this party and we cannot allow some few individuals to cause division,” he said.

He accuses the senator for using Ford Kenya for his personal gains.
Counties
1 month ago