Kimwele says her political affiliations don't match those of Saisi, so they can't work together 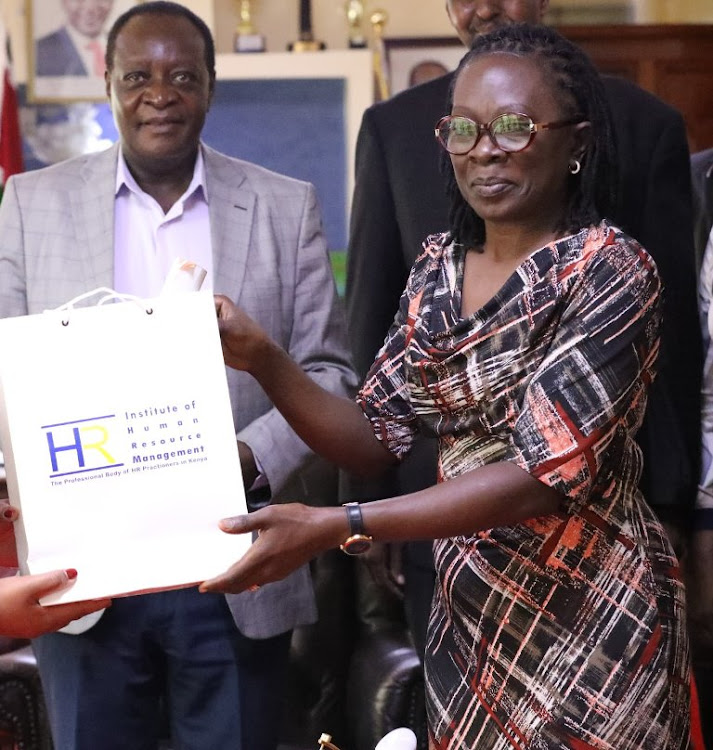 Former Vihiga executive Pamela Kimwele has denied claims that she has been picked as Patrick Saisi's governor running mate.

Kimwele on Monday told the Star that her political affiliations don't match those of Saisi, so they can't work together.

Saisi is the current deputy governor but fell out with his boss Wilber Ottichilo, who is seeking to unseat.

Efforts by Vihiga elders to re-unite the two proved unsuccessful. Ottichilo will be defending his seat under the ODM.

While speaking in Mbale town on Monday, Kimwele said she is an ODM life member and she can't work with Saisi who has joined another party.

She said there are no plans to deputise anybody or hold any political position in the forthcoming general election.

The former public service and administration and agriculture executive said she is currently focusing on her businesses.

Kimwele served in Vihiga before she was impeached by the county assembly over integrity issues.

However the impeachment was recalled by the county assembly speaker Hasna Mudeizi. A move that has left the assembly's integrity in question.

"After serving in a political office as CECM, the kind of humiliation I went through, I don't think I will have time for that again," she said.

"So that story of me deputising Deputy Governor Patrick Saisi is just a fallacy."

Governor says what matters is quality of leaders and not how much handouts one gives.
Counties
1 week ago

Kenya Kwanza alliance will rally behind Agoi, while Azimio la Umoja will support Ottichilo.
Western - Page 28
3 weeks ago
“WATCH: The latest videos from the Star”
by MARTIN OMBIMA @OmbimaPatrick
Western
09 May 2022 - 22:00