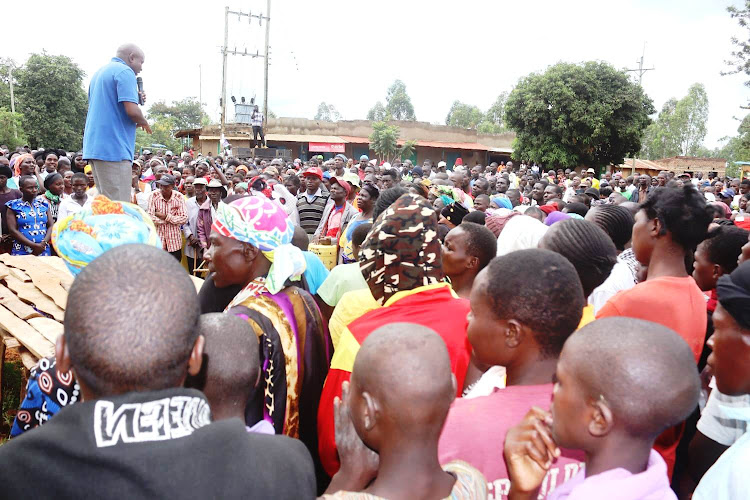 The Democratic Action Party of Kenya has rejected the proposed zoning of regions by Azimio-One Kenya coalition in the August 9 polls.

Deputy party leader Ayub Savula on Thursday said DAP-K will not withdraw its aspirants in favour of those from affiliate parties in the coalition.

“We have not signed any agreement about zoning as Azimio affiliates and we are going to resist any such move. Such a thing does not exist in the agreement we signed,” Savula said.

Savula said the people should be allowed to pick their leaders through the ballot.

“If you stifle the smaller parties and they are looking at benefiting from the political parties funding by government, how will they grow?”Savula asked.

“Our agreement in Azimio is that we shall all support Raila for the presidential seat but be allowed to field our own aspirants in all other elective positions,” he said.

He said zoning will hurt Raila's bid and give a chance to the Kenya Kwanza opponents.

Savula said the party has cleared 557 aspirants for seats across the country and they will not stand down.

Raila on Thursday said the coalition had agreed to allow aspirants to campaign for one month then identify the most popular among them and support their bid.

This, he said is aimed at averting unhealthy internal competition that may cost the outfit deserved seats.

In effect, Raila’s remarks means that parties will be allowed to field aspirants where they are strong.

But Savula said DAP-K will resist such move and even go to court to ensure voters are allowed to exercise their democratic right in choosing leaders.

DAP-K is associated with Defence Cabinet Secretary Eugene Wamalwa and is keen to end the dominance of Amani National Congress and Ford Kenya in Western Kenya.

Says Wiper leader should accept to work with Raila in any other capacity or leave.
Western - Page 28
3 weeks ago

Say any attempt to force some governor and senator candidates to drop their bids might push backers to Kenya Kwanza
Counties
2 weeks ago
“WATCH: The latest videos from the Star”
by HILTON OTENYO Correspondent, Western Region
Western
05 May 2022 - 22:00