Governor says what matters is quality of leaders and not how much handouts one gives. 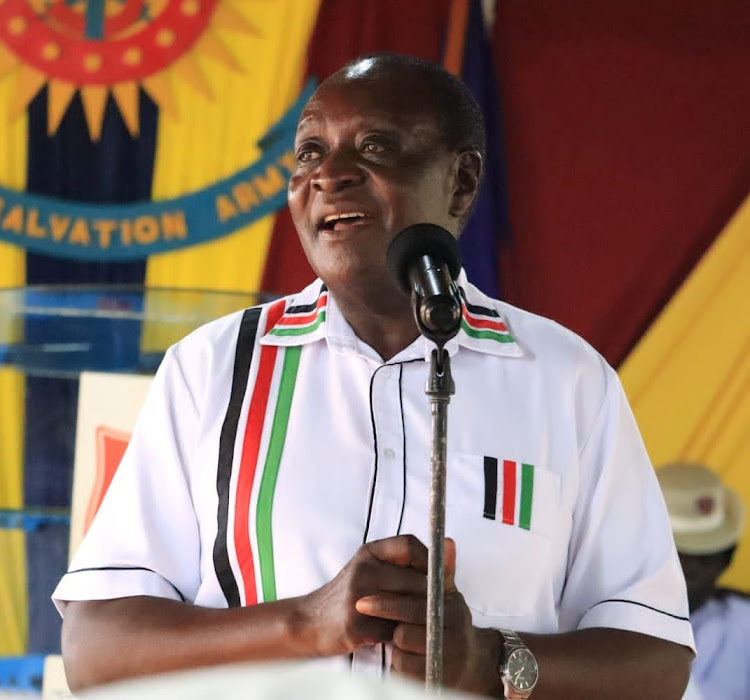 Vihiga Governor Wilber Ottichilo has asked voters to elect leaders based on their performance and not money.

Ottichilo said that he does not believe in handouts.

“I don’t know handouts. If you will choose leaders because of handouts, I am afraid I might be left out but if you’re going to choose people on performance and commitment to serve, I will be among the first two if not the first one,” he said.

The governor said what matters is the quality of leaders and not how much handouts one gave.

Ottichilo, who will be defending his seat on ODM ticket, is facing five opponents in the battle to secure a second term in office.

Money is one of the key drivers that influences Kenyan politics.

Ottichilo said that campaigns are anchored on development and wants voters to evaluate him based on what he has done in his five years in office.

Ottichilo’s first term has been characterised by court cases by those he termed his political opponents.

He spoke when he commissioned climate change ward committees at Mbale Prayer Centre on Tuesday.

The committees will receive direct funding from the World Bank to come up with projects aimed at mitigating effects of climate change in the county.

He said that his administration was developing policies that will mitigate the effects of climate change in the county.

“Some of the new policies and regulations we are developing include those on sand harvesting, murram mining and eucalyptus farming. We have briefly put on hold the process of developing these policies because of the political campaigns,” he said.

He said that sand harvesting has had a negative impact on the landscape in the county while planting of eucalyptus trees near water sources has affected volumes in rivers.

Ottichilo said that the fighting reported in parts of northern Kenya and Rift Valley stems from the effects of climate change.

He said that the erratic rain patterns triggered by effects of climate change had affected farming and the county’s food security.