All health workers told not to interrupt service delivery at their work stations as had been earlier agreed and directed by the union. 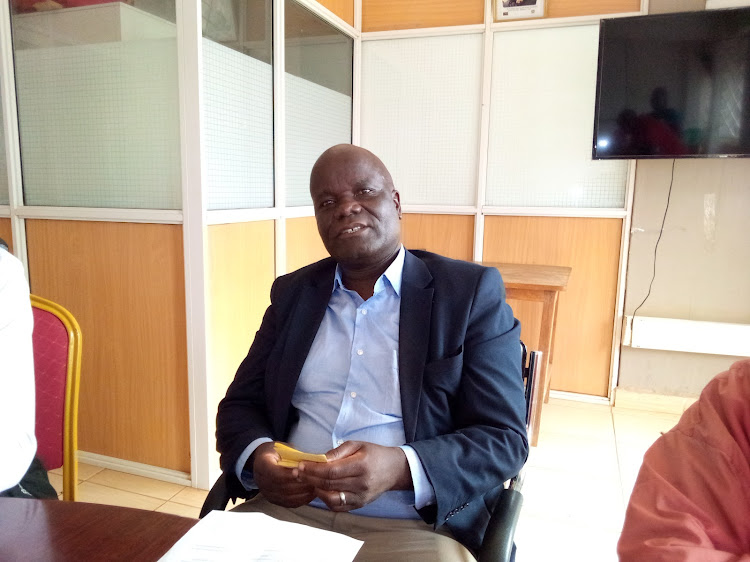 Health chief officer Patrick Wandili during an interview on May 02
Image: TONY WAFULA

Nurses in Bungoma have suspended their strike notice that was expected to start on Wednesday after agreeing with the county executives on their  demands.

Bungoma nurses had issued a strike notice to interrupt health services in all  facilities.

In an interview with the press on Monday, George Barasa, Kenya National Union of Nurses secretary general Bungoma branch confirmed that they held talks with the county.

He said that the grievances of health workers included payment of enhanced risk allowance, release of promotion, resignation and confirmation letters, payment of NHIF arrears.

Release of results for the health care workers interviewed 6 months ago to pave way for their deployment, consideration of promotion to officers that stagnated for 6- 15 years and initiating the process of permanent and pensionable for workers on contract.

Barasa said the county tried its level best after engaging the branch leadership by sorting some of the demands tabled.

"Though the county sorted some of our grievances, we haven't called off the strike but we are suspending it for the next 90 days ," he said.

Barasa noted that after talks with the county 362 promotions and 84 confirmation letters have been handed over to the nurses.

Barasa lauded the move by the county to sort nurses’ demands to ensure that residents continue to access quality health care services.

“This move by Governor Wangamati to prioritise nurses demands are welcome, we are going to work hard in our respective departments  to provide quality health care,” he said.

He directed all nurses not to interrupt service delivery at their work stations as had been earlier agreed and directed by the union.

"The services won't be interrupted in any way we are going back  to ensure that residents get better services," he said.

Patrick Wandili, Health chief officer said the notice by the nurses was to elapse on Wednesday night and lauded the move by the union's leadership to suspend it.

Wandili added that since the nurses issued the strike notice the county officials have been having talks with KNUN to agree on how to call off the strike.

He said the county had allocated money in the current budget to pay health workers but there were delays in clearance letter by the Salary and Remuneration Commission.

He affirmed that the county government through the office of the county secretary will be doing a reminder letter to SRC on Wednesday this week. 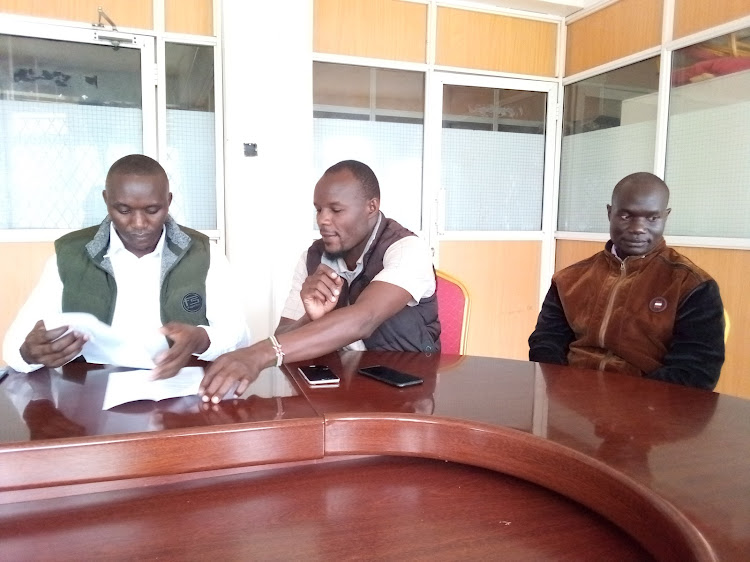 Bungoma KNUN officials during the media briefing on May 02
Image: TONY WAFULA

They says their grievances have been ignored by the county.
Counties
9 months ago

Bungoma rescue centre lying idle due to lack of staff