Lobby up in arms over killing of varsity student

Evan Lusiche, secretary general of the BCCL says if DCI fails to conduct speedy investigations they will hold a protest 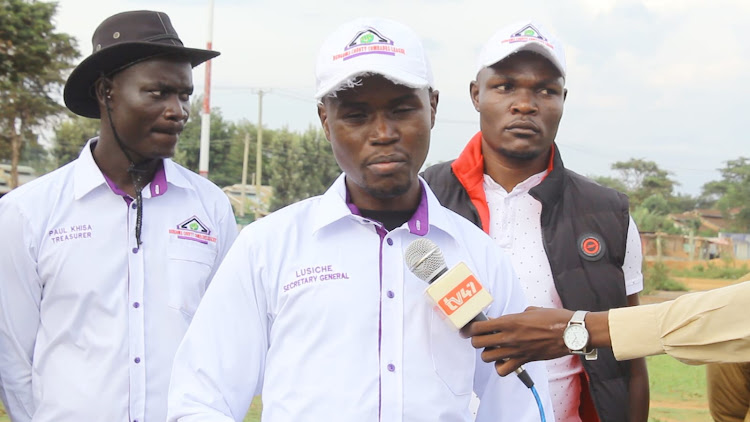 Bungoma county comrades’ league has accused the DCI of dragging their feet on a case where a university students was killed in Juja, Kiambu county on Tuesday.

He said the deceased, a fourth year student at the Jomo Kenyatta University, was from Kanduyi, Bungoma.

The deceased identified as Joel Juma was killed on Tuesday night by unknown assailants in the company of his girlfriend.

He added that Juma was an active member of the BCCL and his demise has left them in great shock.

"We couldn't imagine that he can leave through a cruel death and his family is so frustrated, death has snatched a great mind," Wekesa said.

Wekesa blamed DCI for keeping silent on Juma's death and called for speedy investigations to identity the culprits.

"Comrades have been killed in many universities but we have never gotten justice after burial. We are going to push the DCI to conduct investigations and arrest the suspects," he said.

BCCL secretary general Evan Lusiche said if the DCI fails to conduct speedy investigations they will hold a protest.

He also urged for security enhancement in learning institutions to curb the killing of students.

Juma was rushed to a local dispensary but he was pronounced dead on arrival.
News
2 months ago

Police hunt for gang that killed JKUAT student in Juja

Juma was confronted as he walked from his hostel to his friends’ house on Tuesday morning
Counties
2 months ago
“WATCH: The latest videos from the Star”
by TONY WAFULA
Western
21 April 2022 - 22:00