He won the ticket after beating his sole challenger, woman rep Mutua in nominations

•ODM registered members in Busia had earlier taken part in the party primaries on Monday.

•Otuoma was declared the winner on Tuesday at 12:45 am by returning officer Charles Tips after receiving 49,330 votes against Mutua’s 30,696. 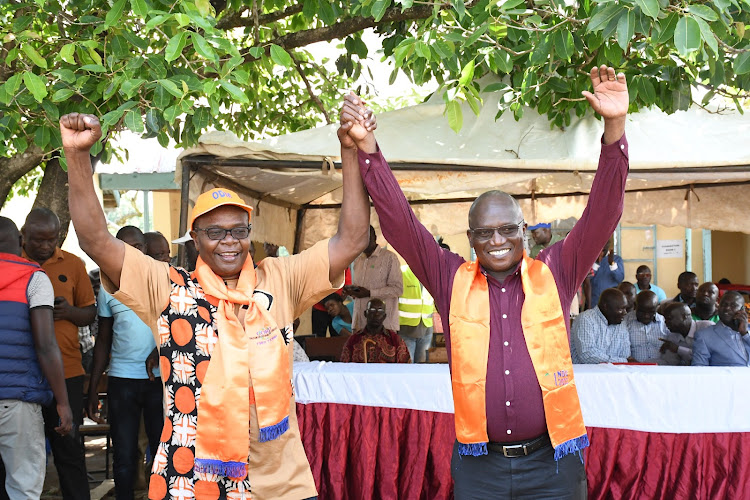 Former Funyula MP Paul Otuoma will fly the ODM party flag in the race to succeed Governor Sospeter Ojaamong during the August 9 polls.

Otuoma was declared the winner on Tuesday at 12:45 am by returning officer Charles Tips after receiving 49,330 votes against Mutua’s 30,696.

The declaration was done at the Busia Agricultural Training Centre in Busia town at the event also attended by Budalang’i MP Raphael Wanjala and his Funyula counterpart Wilberforce Mudenyo.

The vote was the final tally from the seven sub-counties of Teso North, Teso South, Nambale, Butula, Matayos, Funyula and Budalang’i.

ODM registered members in Busia had earlier taken part in the party primaries on Monday.

Deputy governor Moses Mulomi had been expected to be in the race for the ODM ticket but pulled out at the last minute.

Otuoma who picked former Teso North MP Arthur Odera as his deputy on April 5 had technically banked on the former lawmaker to tilt the political tide in the constituency towards his side.

Mutua had earlier made inroads in Teso North but the Odera factor played a critical role in ensuring Otuoma receives a sizable number of votes in Teso North.

Mutua was left with only the Teso South sub-county as her stronghold.

Otuoma after his victory called on ODM members in the county to remain united and approach the August polls as one united team.

He said disunity may destabilise the party as he also begins the journey of campaigning for ODM leader Raila Odinga ahead of the polls.

“We have conducted an election that I believe will bring together the ODM family together because we have to remember this was a game between two ODM members,” Otuoma said.

“This was just a party contest and it will be my responsibility to bring all the people in Busia together so that we are able to win the August 9 election.” 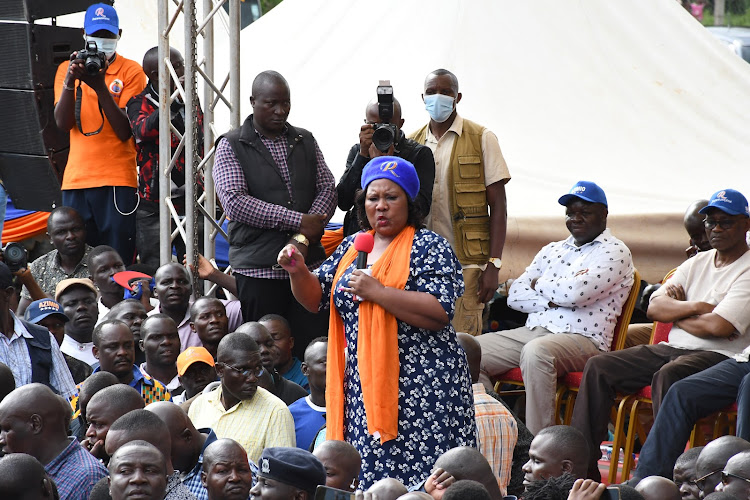 HUMBLED: Woman Representative Florence Mutua who was defeated by Otuoma speaking during the Azimio rally at Acunet in Malaba on March 25, 2022.
Image: EMOJONG OSERE

He said the battle ahead for the ODM party in the county is still heavy.

“After this, I would want all ODM members to come together so that we focus on the August 9 contest because we want to make sure that our party gets more popular by making sure that we vote ODM candidates in all positions,” he said.

“But most importantly is for us to make sure that Raila Odinga becomes the fifth President. I know Raila now has received very good political players and we will play our part in ensuring that we get as many votes as possible for our party leader.”

Otuoma won the nominations after his first attempt to fly the ODM flag in the Busia governor race flopped in 2017 when he competed against Ojaamong.

The governor then won the closely contested party primaries whose results Otuoma contested. He claimed Ojaamong rigged the process.

He subsequently vied in the polls as an independent candidate but Ojaamong won the elections.

Otuoma after the declaration of the results filed a case in court challenging Ojaamong’s re-election but the Busia High Court threw out the case. 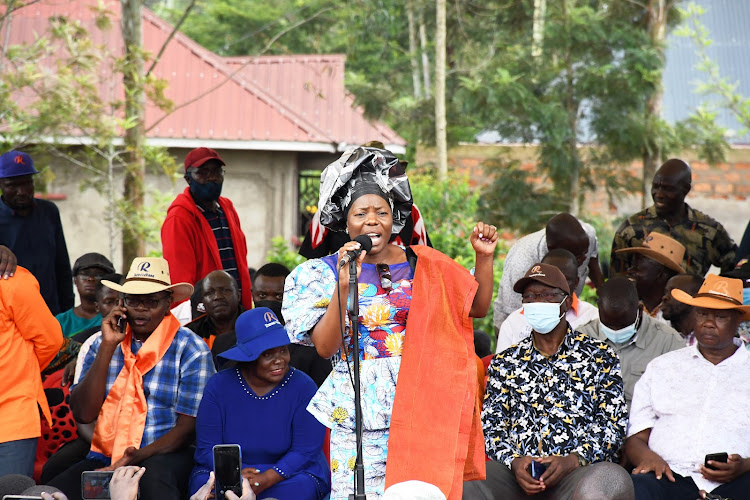 NEW COMER: Catherine Omanyo who won the nominations for the position of Woman Representative at Acunet Stadium in Malaba.
Image: EMOJONG OSERE

He, after the court process, publicly declared he would work with the governor for the betterment of the lives of the people of Busia.

In the race to fly the flag for the woman representative position, Catherine Omanyo won the race after beating four other contestants.

Omanyo, during the nominations, garnered 29, 273 votes against her closest challenger Beatrice Nakhooli’s 17,641.

Nabwire was among county officials who resigned from the county government in February to join politics.

All winners received their nomination certificates during the exercise that was tightly guarded.

Busia town broke into dance after the declaration of the results as many residents stayed out in the cold waiting for the announcement of the final results.