Ruto called on all exam administrators and security officials to be extra vigilant.

• George Makokha was arrested at Our Lady of Mercy Secondary School Center manager.

• Matayo Deputy County Commissioner Kipchumba Ruto went to the school where the suspect was apprehended. 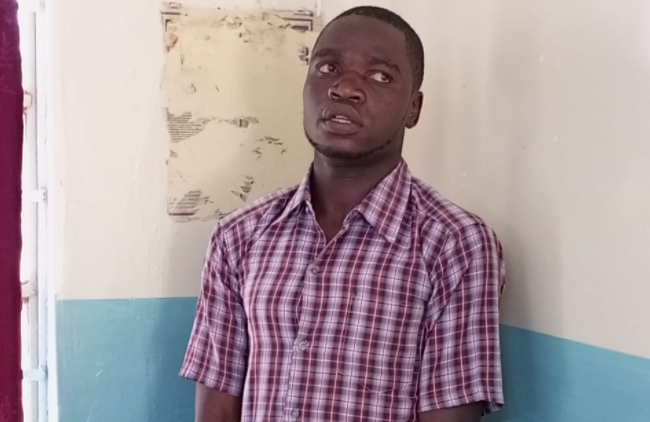 A Busia man has been arrested for sitting the ongoing Kenya Certificate of Secondary Education exams on behalf of his father.

According to a police report, George Barasa Makokha was arrested after Our Lady of Mercy Secondary School Center manager became suspicious and reported to the police.

"Police Officers from Busia Police Station guarding the English Paper one at Our Lady of Mercy Sec School were informed by the Centre Manager that there was a suspect who was impersonating a private candidate and writing the exam on his behalf," the report said.

Matayo Deputy County Commissioner Kipchumba Ruto went to the school where the suspect was apprehended.

Upon interrogation, Barasa revealed that he had been sent by his father, who is a candidate in the examination.

"Interrogation disclosed that he had been sent by a candidate of Index Number 35960101026 registered for Busia Sub County Private namely Josephat Basoga Makokha and who is the suspect's father."

The suspect was taken into custody and will be charged with intent to impersonate, not being the registered candidate in contravention of section 30(c) of the KNEC Act.

Ruto called on all exam administrators and security officials to be extra vigilant on matters of exam malpractices.

The tests will be administered in 10, 413 examination centres
News
10 months ago

Onsati says those found capable of examination malpractices will be dealt with in line with provisions of the law
News
10 months ago
The Star: Title: "WATCH: The latest news in African Sport"
Post a comment
WATCH: The latest videos from the Star
by EMOJONG OSERE Correspondent, Busia
Western
14 March 2022 - 15:31
Read The E-Paper