We trust IEBC, just give it funds for credible polls, says Weta 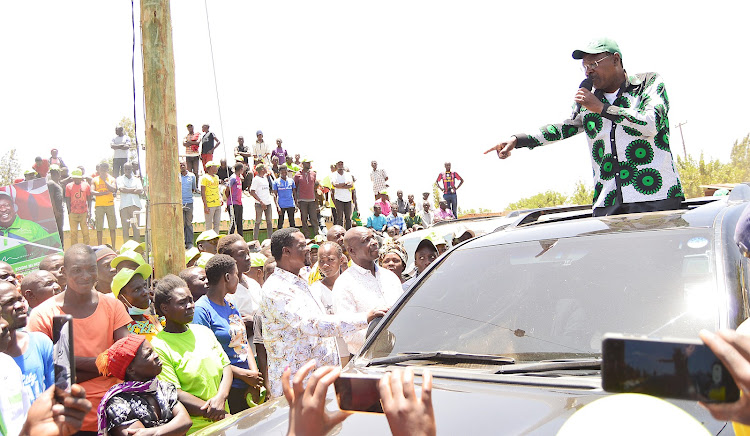 Ford-Kenya leader Moses Wetang'ula has said that the Kenya Kwanza alliance has confidence in the Independent Electoral and Boundaries Commission and the Judiciary as currently constituted.

Wetang'ula who was speaking during Kenya Kwanza campaign rally in Shinoyi market in Kakamega, Friday, asked the government to fund IEBC for it to hold credible elections in August.

He also asked the Raila Odinga-led Azimio la Umoja movement to respect the two institutions and allow them to work without interference.

"As Kenya Kwanza, we believe and trust in the institution of IEBC to deliver a credible free and fair elections. We don’t want to cry foul, we support IEBC as currently constituted," Wetangula said.

"We want to urge IEBC Chairman Wafula Chebukati not be threatened by the deep state."

The legislator further said the Kenya kwanza team has absolute trust and faith in the Judiciary as an institution that can resolve any election disputes that may arise.

"So we want to urge the deep state to respect Judiciary, we don't want any interference," Wetangula said.

"Respect IEBC, give them the necessary budget to deliver the election because we don't want to be derailed by lack of resources."

Last week while signing an MoU with the Kenya Media Sector on accurate and objective coverage of elections in Nakuru, Chebukati dispelled any fears or favouritism saying the commission is independent.

“We make independent decisions, we have not petitioned anyone to speak for us and no one is coaxing us in any way," Chebukati said.

"Chances of vote rigging in the elections are nil. Every vote cast will count."

He added that the commission had addressed contentious issues, ranging from security, dead voters and stuffing of ballot boxes among others.

Chebukati said the commission has remained focused on significant poll issues like voter registration, candidate nominations, regulations, staff recruitment and technology among others. 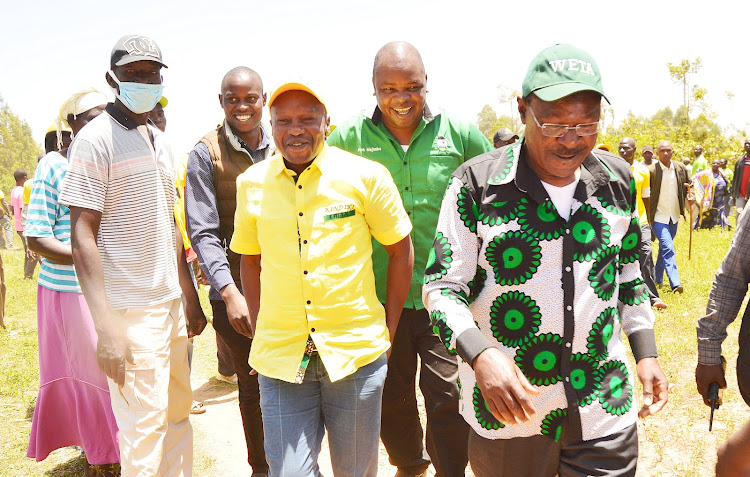 Wetangula to Uhuru: What exactly is your interest in Azimio?