Aspirants say they will focus on health, education, sanitation and infrastructure 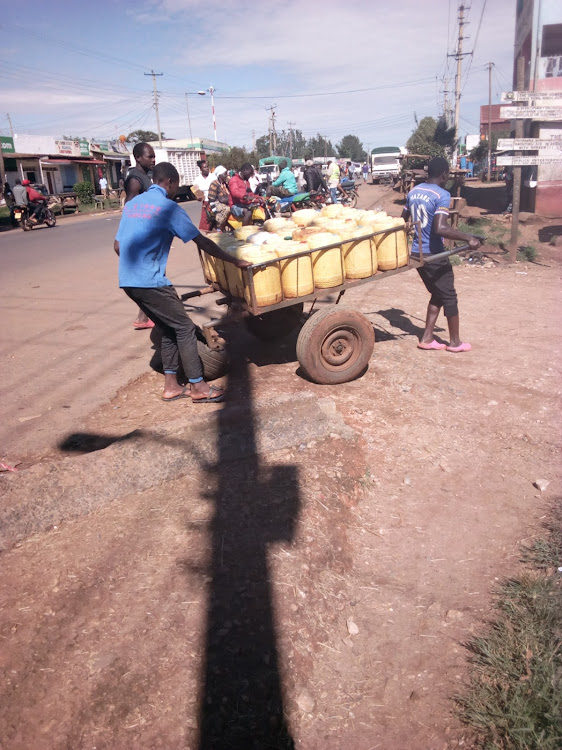 Maungu is the former Kenya Rural Roads Authority director in Western region. He will be banking on his engineering experience to woo voters to elect him to improve the poor road network in Luanda.

Though he is yet to declare his party, the Star has established he is heading to DAP-K under Azimio la Umoja.

If Maungu joins DAP-K, then he will have to battle it out with Albert Obbuyi in nominations.

Obbuyi is currently working with NGOs in Kenya and has been popularising his parliamentary bid within the constituency.

Atingo, who is currently serving as Luanda Town MCA and the leader of minority in the Vihiga county assembly, will be banking on his political experience and service delivery to woo voters under the Ruto-led UDA party.

Magomere is also on the campaign trail. However, there are rumours that he has withdrawn from the race. Efforts by the Star to to clarify these claims did not yield much as he did not pick our calls.

Okaya, who has been reserving as the Vihiga county liaison officer Nairobi office, recently resigned and is banking on his networks across the board to deliver for Luanda people.

Initially he was serving as the chief of staff in the county headquarters.

The five aspirants said they will focus on health, education, sanitation and infrastructure to transform the constituency.

“Luanda town is the heartbeat of our people and we must come up with strategies that will make it grow beyond the borders,” Maungu said.

“Banking on CDF-kitty only cannot build Luanda to a modern town. I will go beyond that to seek donors to get more funds to modernise the town and the other areas within Luanda subcounty,” Okaya said.

Atingo, on the other hand, said he had learned problems affecting the people would "solve them as an MP. That is why I have decided to go for that seat.”

All aspirants said that they appreciate work done by the incumbent, but it is time gave space for fresh leadership.

Omulele, while speaking at Mumboha grounds, however said those eyeing the seat are welcome, and that voters will voters will decide.

The lawmaker will be banking on his track record to secure a third term as Luanda MP.

However, some voters are urging the MP to seek a higher political position.

“Omulele has led for the last two terms. He should create space and allow ​us to ​​elect another leader to serve,” Martin Indeku, a Luanda businessman, said.

“We have seen what Omulele has done for us and we appreciate that but he should pull out of the race and let us elect someone else. We have Okaya, Maungu, Obbuyi and others in the race,” James Achachi, a resident, said.

Boda boda riders across the subcounty have, meanwhile, urged all aspirants to deliver to the residents.

MP Omulele demands answers on use of Sh.6bn Vihiga cash

He said residents deserve to know how their money is spent.
Counties
1 year ago
Post a comment
WATCH: The latest videos from the Star
by MARTIN OMBIMA @OmbimaPatrick
Western
14 February 2022 - 22:00
Read The E-Paper