They say they've voted for ODM leader Raila several times, but have gained nothing. 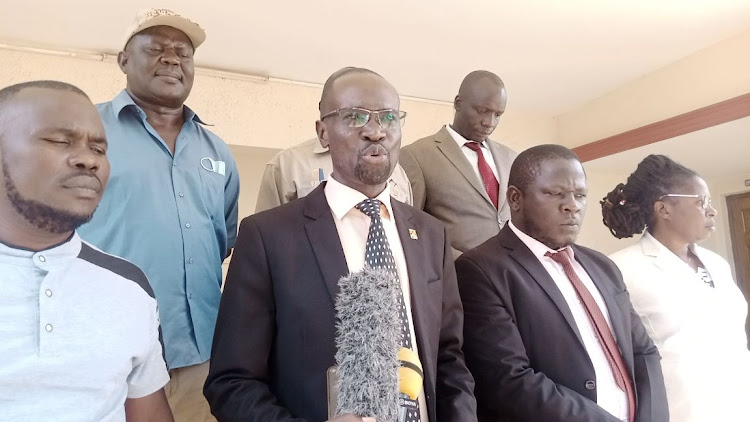 They praised Amani National Congress and Ford Kenya leaders Musalia Mudavadi and Moses Wetang'ula for teaming up with Ruto.

Led by minority leader Francis Chemion and deputy speaker Stephen Wamalwa, they said Ruto was going to form the next government and hailed the two Luhya leaders for making a wise decision.

Speaking at the assembly chambers, the MCAs said the new pact had come at the right time.

Wamalwa said the new alliance will also be extended to the assembly where they will work together to pass various bills.

"From now henceforth we shall work as a team not only during political rallies but also here in the assembly," Wamalwa said.

They said they had voted for ODM leader Raila Odinga three consecutive times and it was time they vote somebody else.

Wamalwa said despite voting for the ODM chief, he has never recognised Bungoma people.

"Those who are against the new political formation should now prepare well because it is not going to be business as usual," Humphrey Sifuna of Bumula ward said.

DP in dilemma on how to appease Musalia'a turf without jeopardising his Mt Kenya support.
News
3 months ago
by JOHN NALIANYA Reporter
Western
25 January 2022 - 22:00