The registration is going on in Teso North, Teso South, Matayos, Nambale, Butula, Samia and Bunyala 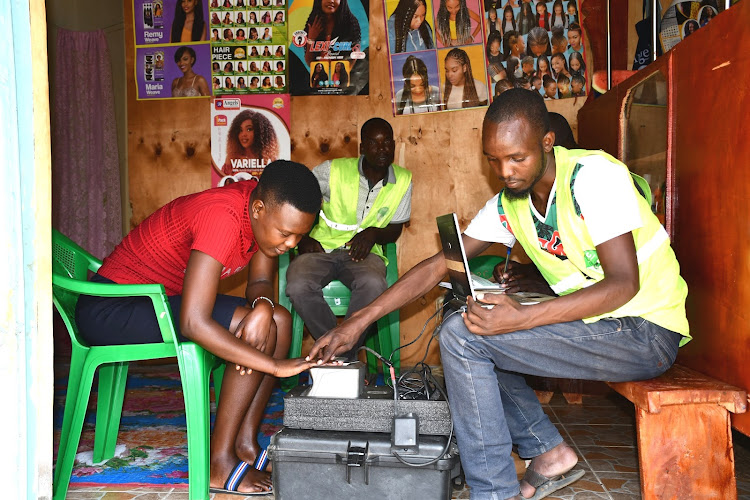 NEW LISTING: Esther Alari registers as a voter at a salon in Amagoro in Teso North subcounty on Sunday January 23, 2022.
Image: EMOJONG OSERE 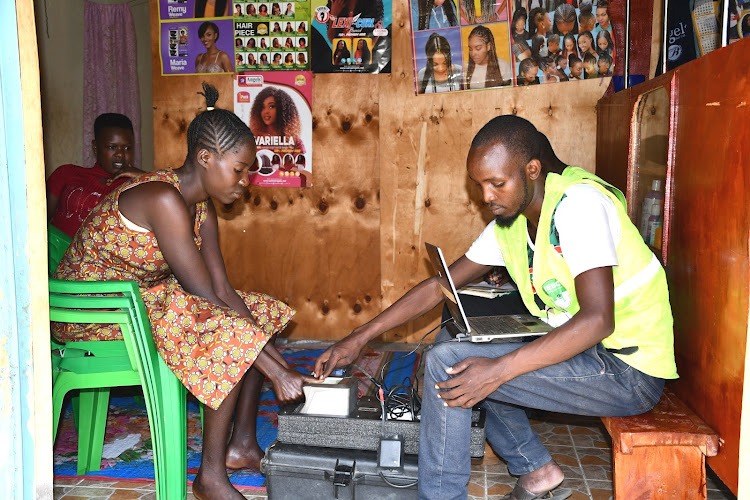 REGISTERING: A new voter gets registered by IEBC clerks at a salon in Amagoro town in Teso North subcounty on January 23, 2022.
Image: EMOJONG OSERE

IEBC clerks in Busia have embarked on door-to-door registration of new voters as turnout in designated centres remains low.

The clerks have for the last six days been engaged in new voter hunting to boost chances of meeting the expected numbers ahead of the August 9 general election.

Busia county IEBC head Fredrick Apopa told the Star on Monday that the clerks had no option but to go door-to-door to list new voters as prospective voters continue to stay away from registration centres.

He said the turnout at voter registration centres across the county still remains low.

At the time of reporting, there were no official figures from the IEBC county office detailing the number of new voters who so far have been listed.

The officials were still compiling the data to incorporate Sunday’s figures.

The door-to-door movement of IEBC clerks, Apopa said, is going on in all the seven subcounties of Teso North, Teso South, Matayos, Nambale, Butula, Samia and Bunyala.

“If you discover that people are not coming to the station, you devise a new strategy and that is why we are moving out of the stations to look for people,” Apopa said.

He however said IEBC officials should notify residents in areas expected to be visited by the clerks before the team is dispatched.

Apopa said low turnout in new voter listing centres is an issue that all election stakeholders must tackle to find a lasting solution.

He expressed optimism that the IEBC in Busia will meet its target when the commission’s February 6 deadline for listing new voters reaches.

A spot check by the Star in voter registration stations in Teso North on Sunday and Monday showed that the stations have minimal activity.

Clerks said the number of people in the subcounty who have acquired new identity cards and have registered as voters still remains low.

Residents who turned up at registration centres in the presence of the Star were those already registered but wanted to confirm their registration status.

Others were seeking to change their polling centres.

The IEBC announced the second phase of the Enhanced Continuous Voter Registration on January 7.

The registration exercise kicked off on January 17 and is expected to end on February 6, 2022.

“This will be the second and final phase of the enhanced continuous voter registration in preparation for the general election,” the commission’s chairman Wafula Chebukati said then.

The commission failed to hit the six million new voter target during the first phase of registration last year.